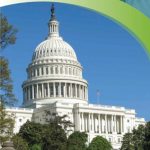 On April 2, U.S. Senators announced a “plan to introduce a resolution condemning discrimination against Asian-Americans and Asian immigrants caused by the COVID-19 outbreak” (see press release). ASPB has signed on to a multisociety letter in support of the resolution, which will be introduced to the Senate on May 4.

The Multisociety Letter was sent to U.S. representatives on April 20.