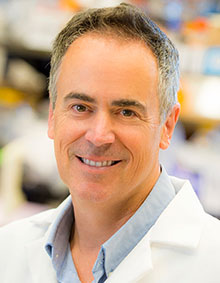 We plant biologists live in exciting times, in terms of both scientific advances and the relevance of our collective research. Your professional organization, ASPB, is working hard to ensure that we all can stay productive and effective in our endeavors. Having returned home from Plant Biology 2015 in Minneapolis, and as my year as president of ASPB draws to a close, I consider this a good time to reflect on some of the efforts and initiatives we have been working on this past year.

First off, this year’s Plant Biology 2015 meeting was another stimulating gathering of plant scientists, and my thanks goes to ASPB staff, led by Jean Rosenberg and ASPB’s Program Committee, for creating a compelling scientific program and a very well organized event. By the way, many thanks to those attendees who offered their feedback via our annual postmeeting survey; your input is valuable and is used by the Program Committee to further improve our annual meeting (and feel free to contact me, incoming Program Committee Chair Alice Harmon, or ASPB if you have suggestions that were not posted).

In addition, over the past 6 months, ASPB has launched a new Meeting & Event Solutions unit to serve the needs of plant scientists. This new resource provides tailored meetings services, such as registration and abstract submission or full-service conference and event management, and can help you reduce the cost in money and certainly in time of a meeting you wish to organize, whether large or small. ASPB is already working on support for several meetings through this new service.

Over the past year, ASPB has continued to work hard on Plantae, a major initiative that will provide many new opportunities to ASPB members and plant scientists around the globe. Plantae is our new interactive digital platform that will be launched in beta this fall. This platform will be the central place where plant science students, professionals, small groups, and large organizations can come together in groups of their own choice and share resources, apps, and tools. It will provide a secure home for groups and other collaborative communities to gather, share, communicate, and participate. (Private groups and communications will be shielded from data mining and targeted advertising, in contrast to many other media.)

A large directory of plant science students and professionals, including more than 30,000 plant biology–linked individuals, has been developed for and will be available through Plantae. Plantae will include a jobs board, job listings, mentors and online resume reviews, and a collection of career guides, templates, and related resources. Plantae will provide centralized access to teaching resources, including those developed through ASPB’s Plant Biology Learning Objectives, Outreach Materials, & Education (Plant BLOOME) grants. Plantae will also provide a means to develop and launch crowdsourced projects.

ASPB plans to build further resources on top of the foundational platform. To that end, your own Plantae initiatives, ideas, and suggestions are welcome and will help shape Plantae’s future.

Following an initiative from last year, ASPB’s Executive Committee proposed changes to the Society’s constitution to implement a restructuring of the Executive Committee into two collaborative bodies: a larger council and a board of directors. ASPB posted descriptions of the governance change and received suggestions from members before this past spring’s election. ASPB members voted by overwhelming majority to approve this restructuring of ASPB’s governance.

In brief, this new structure was developed to be more nimble and forward-looking; it will allow more frequent meetings and discussions than the present twice-annual Executive Committee meetings. ASPB’s work and impact are increasingly international, and the larger council will be tasked to take a long-term view, developing ASPB’s strategic plan with input from many ASPB members. The board of directors will be made up mostly of colleagues who have been directly elected by the membership and will make operational decisions in support of the council’s priorities.

Moreover, board members are also members of the council, ensuring effective communication and close collaboration. Furthermore, because ASPB’s work is more and more international, the board will have at least one elected representative from outside the United States. The new governance structure is designed to more effectively serve the community’s needs by rapidly working on new initiatives and responding in an informed manner to issues that arise in today’s faster paced world.

ASPB pursues concerted efforts to support the needs of plant scientists on various initiatives and fronts. We have in the past 10 months more proactively communicated with funding agencies on the needs and opportunities provided by the plant science community, and we also have received helpful feedback from those agencies on how we can better support federal funding for plant science research. We have developed a new plan for reaching out to our elected representatives and communicating the relevance of plant science funding, a plan that is being implemented by ASPB’s Science Policy Committee and that you are invited to contribute to.

In addition, ASPB President-elect Sally Mackenzie and David Stern at the Boyce Thompson Institute for Plant Research (BTI) have continued work in support of the Plant Science Decadal Vision. The Decadal Vision, which covers the years 2015 to 2025, was developed to empower plant scientists across many societies and fields of research to speak with a unified voice. The Decadal Vision continues to play an important role in informing our elected representatives of the value and pressing importance of innovation in the plant sciences. In follow-on work, the BTI with ASPB as a collaborator has been awarded a research coordination network grant from NSF to strengthen the impact of the Decadal Vision and ensure that progress is made on the priorities it articulates.

The past few years have seen a dramatic improvement in genome editing technologies. Panels are being convened by the Office of Science and Technology Policy of President Obama and by the National Research Council in reference to the impact of these new technologies. We have proactively nominated expert plant scientists in this field to serve on these new panels. Looking back in time, when the Asilomar Conference on Recombinant DNA took place 40 years ago to review newly emerging recombinant DNA technologies, no plant scientists were invited. Some will argue that the plant community would have been much better served and much confusion avoided if plant scientists had been invited. ASPB is working to ensure that plants are properly considered in the wake of recent technological advances in genome editing.

On January 1, 2015, Sabeeha Merchant came on board as the new editor-in-chief of ASPB’s flagship journal, The Plant Cell. Sabeeha and her editorial team have already instituted a number of welcome and important innovations, some of which were highlighted in my May/June 2015 President’s Letter “Time to PhD—Time to Publish.”

In addition, after many discussions and thorough review, ASPB’s Executive Committee and Publications Committee voted at Plant Biology 2015 to establish a new open-access journal for the plant sciences that will help serve the growing needs of plant scientists for rapid publication of diverse scientific advances. As part of ASPB’s work for global participation and cooperation, ASPB developed a vision for this new journal together with the Society for Experimental Biology (SEB) in England, and the societies are working to establish the new journal as a joint endeavor, and a search for a founding editor is being initiated. Moreover, The Plant Cell and Plant Physiology have this year joined Nature, Science, and PNAS to permit authors to make manuscripts publicly accessible any time before publication on preprint servers, including bioRxiv at Cold Spring Harbor Laboratory, thereby providing early access to scientific advances for the community.

ASPB has pursued numerous other key activities in the past year, some of which have been highlighted in my previous President’s Letters, as well as in recent issues of the ASPB News and elsewhere in this issue. In closing, I would like most of all to express my thanks to the tireless ASPB staff, ASPB’s Executive Director Crispin Taylor, and the many ASPB members involved in making these and many other advances possible over the past year. It is an honor to serve the Society, and I look forward to seeing you all next year at Plant Biology 2016 in Austin, Texas—also known as “The Live Music Capital.” 😉