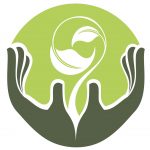 The inaugural 2015 ASPB Innovation Prize for Agricultural Technology is awarded jointly to Sherri Brown, David Fischhoff, Mike Koziel, and Fred Perlak. Their leadership of pioneering research and development teams led to the engineering of commercially viable varieties of cotton and corn that express derivatives of insecticidal proteins from Bacillus thuringiensis. The insect-resistant crops that they developed, and subsequent generations of improved varieties, have had a major impact on crop yields in both developed and developing countries, and they have also had significant environmental benefits by reducing the use of chemical pesticides. Honors will be presented at the Plant Biology 2015 meeting in Minneapolis. You can read the full list of 2015 ASPB awardees on the ASPB website.

The ASPB Innovation Prize for Agricultural Technology Fund
This award recognizes the achievements of industry members of ASPB and is symbolic of the Society’s appreciation for their participation in plant science research and their support for ASPB’s missions. The Society recognizes the outstanding work of industry members who translate discovery research into real-world outcomes that benefit agriculture. The award additionally acts as a vehicle to increase awareness of the high quality science performed by our industry members. An award targeted to industry members who have had a tangible impact on the lives of farmers will inform all ASPB members of the contributions that industry is making to advance the plant sciences and agricultural systems research. The award is also intended to showcase the rewards of this career path to students and postdocs as they make important decisions about their own futures.

The award consists of a $2,000 cash honorarium, a commemorative plaque, one year ASPB level 2 membership, and up to $1,000 allocated to cover the cost (travel, lodging, registration) associated with attending the annual meeting in which the award will be made.

The award is limited to active ASPB members outside of academic, non-profit, and governmental institutions. There is no age or nationality restrictions. The award is based on scientific contributions but may include outstanding contributions to ASPB, including service on committees or journal editorial boards. An award committee, appointed by ASPB leadership, makes the final decision based on the cases presented by nominators.

You can help to support this award by making a donation today!