Having recently spent time in our nation’s capital asking for support for increased plant science research funding, I’ve been thinking about how we feed the world. Everywhere I turn, I see dire predictions about our ability to keep up with population growth. But the more I think about the issues we face, the more optimistic about the future I become. It’s a very exciting time to be a plant biologist. 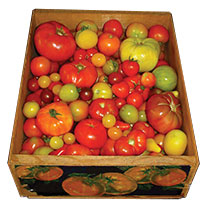 To frame my thinking, let’s start with some historical perspective: back to Thomas Malthus, who in 1798 published An Essay on the Principle of Population. He postulated that whereas populations increase geometrically, food supply increases only arithmetically. The obvious conclusion was that widespread famine was inevitable. Fast-forward a couple of centuries to Paul Ehrlich and his 1968 book The Population Bomb, which famously predicted that we had already lost the war: “In the 1970s hundreds of millions of people will starve to death in spite of any crash programs embarked upon now. At this late date nothing can prevent a substantial increase in the world death rate.” Oops.

Actually, we’re doing a pretty good job of producing enough food. World Health Organization data say the percentage of children with stunted growth in the world has actually dropped, from 32.7% in 2000 to 22.9% in 2016 (UNICEF/WHO/World Bank Group, 2017). Most of those children reside in sub-Saharan Africa and South Asia. There are certainly distribution problems. But the simple fact is that we do produce enough food. So how did these guys get it so wrong?

It is in this context that I read an article in the March 2018 issue of The Atlantic by Charles Mann, “Can Planet Earth Feed 10 Billion People?” Although I found the article to be infuriating in many regards, it forced me to think about the issue. This is the best kind of writing to me. I totally disagreed with many of his oversimplified arguments, but I had to justify my own conclusions.

Mann’s narrative centers on two contrasting philosophies, the people who feel that the sky is falling and those who feel that technology will always find ways to solve problems. Although these extreme classifications seem far too arbitrary to me, there probably is an element of truth in our polarized Internet-accessible society, where pundits encourage an us-versus-them mentality.

In his essay, Mann explores how these two extreme camps approach the problem of feeding the world. One group feels technology has ruined the world—that we are beyond the carrying capacity of the planet and are heading toward catastrophe, just as Malthus and Ehrlich predicted. Our only hope, they say, is to abandon agriculture as we know it. Everything has to be organic and “sustainable.” We have used all the arable land; we’re running out of water; we’re polluting our waters with nitrogen runoff. As people become more affluent, their diets will shift to resource-intensive meats. As we compete for limited quantities of foods, conflicts will increase. It’s a disaster! There are many problems with that philosophy, not the least of which is that if we actually reverted to no-chemical-input agriculture, millions of people are going to starve, and they aren’t going to be the people in the developed world.

Now let’s look at the other extreme. Technology, the other group believes, can be harnessed to feed 10 billion people. The naysayers have been wrong for two centuries, and you’d think they would have learned the error of their ways by now. Although I do not completely accept this view, it is far closer to reality.

Let’s look at the facts. The United States produces more food than it consumes, with an ever-decreasing percentage of our population involved in agriculture. Per acre yields of staple crops such as corn continue to steadily rise, as they have for the past century. Many of the gains have come from improved genetics. But many have also come from improved technology and precision agriculture. There’s a reason that a major point of emphasis in the next Farm Bill is funding for rural high-speed Internet: Farmers use technology undreamed of even a decade ago. The modern American farmer knows his or her land intimately and, enabled by GPS, can supply micro- and macronutrients with amazing precision. Density of planting is far greater today, and fertilizer can be applied in precise strips that dramatically reduce runoff pollution. Herbicide-resistant varieties facilitate no-till agriculture, reducing loss of topsoil. And best of all, this technology has not yet been adopted in large parts of the world. I’ve had the opportunity to visit rural China, where farmers still use horses to till their fields. Imagine the potential when they begin to adopt modern agricultural practices and advanced hybrid seeds.

But what really excites me is what we can do with molecular biology. The safest prediction I can make is that we don’t even know what the next great breakthrough in plant biology is going to be. Assuming that governments make reasonable investments in agricultural research (and this is a big assumption), I am confident that we can discover how to make plants more tolerant of abiotic stresses such as drought and high salt. With perseverance and maybe a little luck, we can turn C3 into C4 plants. Engineering nitrogen fixation and increasing nitrogen uptake are not crazy goals. In my lifetime we have had two green revolutions, the first facilitated by Norman Borlaug and the second by introduction of genetically engineered plants.

Here’s another startling fact for you to digest: The United Nations Food and Agriculture Organization (2011) has determined that fully one-third of harvested food worldwide is lost to spoilage. Although the causes of these losses are myriad, this pool of lost food represents a huge opportunity. Improvements to the entire postharvest chain can have a huge impact on food availability without growing another plant.

Coming back to the two extreme worldviews, there is a middle ground, and this is where I think Mann (2018) missed an opportunity. The pessimists are entirely justified in pointing out many of the issues associated with modern industrial agriculture. Technology is not, by itself, the answer. We should listen to the pessimists, pick their best ideas, and then go back to the lab and fix those problems. Yes, there are dead zones in the oceans as a result of nitrogen runoff. Precision application and release of fertilizers can go a long way to solving that problem. So can development of plants that more efficiently fix or take up nitrogen. Yes, there most likely is utility in exploiting the microbiome. However, much more research is needed before we understand how to best exploit plant–microbe interactions. Yes, the use of herbicide-resistant crops has resulted in the spread of resistant weeds, and we do need to manage that resistance appropriately.

But the pessimists should also listen to us technologists. “Sustainable” does not equal “organic.” Sustainability is achieved by looking at the entire system and using the best available tools to most efficiently produce the food we need. Genetic engineering targeted for organic production is a “natural” fit. The irony of not permitting plants expressing Bacillus thuringiensis insecticidal proteins while permitting application of the bacterium carrying the identical protein would make Kafka smile. The anti-GE movement is about money, not logic. The time has come for the world to acknowledge that after 25 years of GE crops incorporated into billions of meals, not a single adverse human health effect has ever been documented. Not one. Period. Much as in our nation’s capital, we would all be better off if there was dialogue and a middle ground.

So overall, I am incredibly optimistic that we will find ways to effectively feed our growing population. We simply must. Conflicts are based mostly on fights for resources. World peace is grounded in food security. Of course I’m concerned about research funding. And, in sharp contrast to biomedical science as a whole, I’m concerned that not enough young people are choosing careers in plant science. The next generation of scientists has a tremendous opportunity and responsibility to sustain the momentum. They should be excited about the possibilities to make a difference. I have utter confidence that we can continue to improve the way we grow food and prove Malthus and Ehrlich wrong for another 200 years.

I’d be even more confident if our society was less polarized. Science has answers. But science needs a conscience to keep us focused on how best to achieve the goals of the entire planet. Cutting-edge research is just that—research. We need to constantly improve and correct mistakes as we identify them. Let’s bury the notion that science and technology are bad for the Earth. Instead, let’s strive for an enlightened and sustainable future in which science and technology combined with wisdom meet the needs of all people and disarm the population bomb for good.