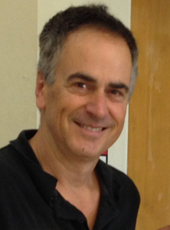 Many global challenges facing people around the world are linked directly to plant biology. These challenges include ensuring the sustainable availability of food, fiber, energy, and fresh water for a predicted 9 billion inhabitants in the near future, with many resources already being stretched. Solutions to these and related challenges will depend on scientific innovation and discovery research in plant biology. Investments in these solutions will also be drivers of economic growth—particularly and initially in those countries where the investments are made.

Powerful tools that would help us make significant progress toward addressing these challenges are available. However, in many countries, including the United States, funding for plant research is limited despite the pressing need for innovation. The 2014 Farm Bill, passed with bipartisan support last year by Congress and signed into law by President Obama, includes a recommendation for annual funding to the Agriculture and Food Research Initiative (AFRI) of the National Institute of Food and Agriculture (NIFA) of $700 million for competitive merit-based research. This recommendation includes support of a range of research using genomics, molecular biology, genetics, biotechnology, biochemistry, and many other approaches toward making critical advances in the plant sciences.

However, despite the success of Congress in creating AFRI in 2006 and subsequent bipartisan recommendations for increased funding, the fiscal year 2015 funding level of $325 million is far below the authorized level ($700 million) and greatly limited with respect to the research obligations and opportunities we have. This shortfall has resulted in dismally low funding rates in recent years despite many innovative research proposals from the community of scientists. Furthermore, NIFA received recommendations from the National Research Council in its 2014 review of the AFRI program to increase its support of basic discovery research, which is likely to have large impact in leading to transformative innovations.

Fundamental discovery research has been a driver of economic growth since the 1950s and earlier. In one not-so-small example, the original discovery of the Bacillus thuringiensis endotoxin genes has led to greatly reduced use of chemical pesticides and improved yields in several crops in many countries. For example, a 2014 USDA study found that use of pesticides for corn in the United States dropped by a whopping 90% between 1995 and 2010 due to this innovation. The ongoing revolution in plant and life sciences research opens up many new avenues that are in need of fundamental research to make the required future improvements in agriculture.

Ensuring support of innovative basic discovery research by our funding agencies, including NSF, NIFA, NIH, and DOE, requires vocal and concerted support by all of us—at any stage of our career. ASPB is working to ensure future funding in the plant sciences. If you are interested in becoming more proactive, please contact me or Tyrone Spady, ASPB’s director of legislative and public affairs. We have efforts in place that require, and can be enhanced by, your support, and we are happy to coach you and introduce you to this work. Your contributions would be most welcome, and we look forward to working with you. Also feel free to contact Tyrone or me if you are a postdoc or graduate student and would like to be considered for membership on ASPB’s Science Policy Committee.

It is not only NIFA and AFRI that need a boost. Initiatives are being pursued for increased funding for several other agencies, including NSF and NIH, with proposals being made by representatives from across the political spectrum. The pressure is mounting on our representatives to make the required investments to maintain future competitiveness in science and technology. At this time it is particularly important for scientific societies to have hands-on support from their members.

It is also important for us to work together with other societies in supporting funding increases for the federal agencies that fund plant science, and ASPB is doing so within the context of its participation in the AFRI Coalition, the National Coalition for Food and Agricultural Research, Supporters of Agriculture Research, the Coalition for National Science Funding, and the Energy Sciences Coalition to communicate a consistent message to policymakers. Further, ASPB is also playing a leading role in an effort to develop a unified message across agricultural research, education, and extension communities with several universities, the Riley Memorial Foundation, and AAAS.

In addition, ASPB continues its support of the Decadal Vision for innovation in plant science and the National Plant Science Council. Partnering with the Boyce Thompson Institute, ASPB is the corecipient of a Research Coordination Network (RCN) grant. Although it will function as an independent entity, the RCN program will facilitate many of the community engagement functions of the National Plant Science Council. In addition, the program will serve as a vehicle for the Society’s goals with regard to promoting diversity and broadening participation.

It is not only the United States that is dealing with underinvestment in fundamental plant science research; the pressure to increase deprived science budgets is mounting in many other countries. This is one reason that ASPB is working closely within the Global Plant Council (GPC) to push for the investments necessary to address the global challenges I mentioned at the outset. As a member of the GPC, ASPB is working to promote visibility of the plant sciences and of efforts toward addressing global challenges.

The good news is that there is recognition of the growing U.S. workforce needs in the plant sciences and agriculture. For example, Purdue University recently released the report Employment Opportunities for College Graduates in Food, Agriculture, Renewable Natural Resources, and the Environment. The report projects an average of over 55,000 annual job openings for bachelor’s and graduate degree holders over the next five years in the food and ag space due to a combination of job growth and retirements.  While many of these jobs are expected to be outside the research sphere (e.g., in marketing and business), the job market for plant scientists is expected to be among the strongest.

The critical requirement for the next revolution in the plant sciences depends on investment in research made now. The health of the planet and the well-being of 9 billion people depend on it, and ASPB’s concerted efforts, with the support of your individual contributions, can go a long way toward meeting our future challenges.