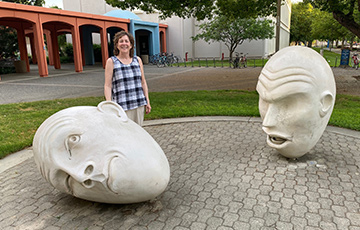 In this President’s Letter, I would like to update you on the status of revising the nomination process for elected leadership positions at  ASPB. In response to a desire to develop a ballot nomination process with a dedicated focus on increasing inclusion and diversity, last fall then-President Rob Last formed an ad hoc committee to research procedures currently used by other scholarly societies and to develop proposals for a revised nomination process.

The committee developed two different nomination processes that are now open for comment by you—the membership. We welcome input on the relativ

e merits of the two options. Your comments will help us develop a robust process of which we can all be proud. A complete description of the options and a survey link for your comments can be found at at https://bit.ly/comments-nominations.

Below is a summary of the committee’s discussions and proposal. The text is extracted and edited from the complete document drafted by the Ad Hoc Nominations Committee and edited by the Board of Directors, available at the link above.

Proposal for Revising the Nomination and Ballot Process

This committee first reviewed the current nominations process as set forth in the ASPB Constitution and Bylaws (https://aspb.org/about/constitution/), shared thoughts about the 2019 ballot, and discussed some of the major issues brought up after voting was opened in 2019 (see “Why Change the ASPB Nomination Process?” at https://bit.ly/whychange-nominations). Committee members next collected information on how other societies solicit nominations for their annual ballots and compared their procedures. The committee developed two different proposed processes.

Both options include an expanded Nominations Committee consisting of five voting members:

The past president will participate on the Nominations Committee as an ex officio, nonvoting member. He or she and the staff liaison can provide institutional memory and advice. The EDIC, ECPS, and Council representatives will be elected by the close of the annual meeting each year. The expanded Nominations Committee members’ terms will commence the following October 1.

One of the committee’s roles will be to ensure diversity of the leadership body through their selection of the annual slate of candidates. The committee will consider in their deliberations the current composition of leadership and of major committees, including the Council, Board of Directors, and Board of Trustees, in their selections under one of two options.

The second candidate is nominated by the Nominations Committee. This choice is part of a strategy to create a balanced and inclusive ballot that promotes diversity of the leadership body. This candidate could be selected from the list of member-nominated individuals, but this is not a requirement. If the candidate declines to run, this process will be repeated to select the second candidate.

Please send in your comments on these proposed nomination processes through the link provided above. Now I will stop talking and start listening (see picture above).