We’re starting a new weekly feature, “Plants in the News”. This feature is inspired by the This Week in Chemistry series published by Compound Interest (Andy Brunning). The goal is to support teaching and outreach by highlighting a few current news stories that feature plants and plant science. If you have a timely suggestion for this Friday feature, let us know during the week and maybe your story will be included! 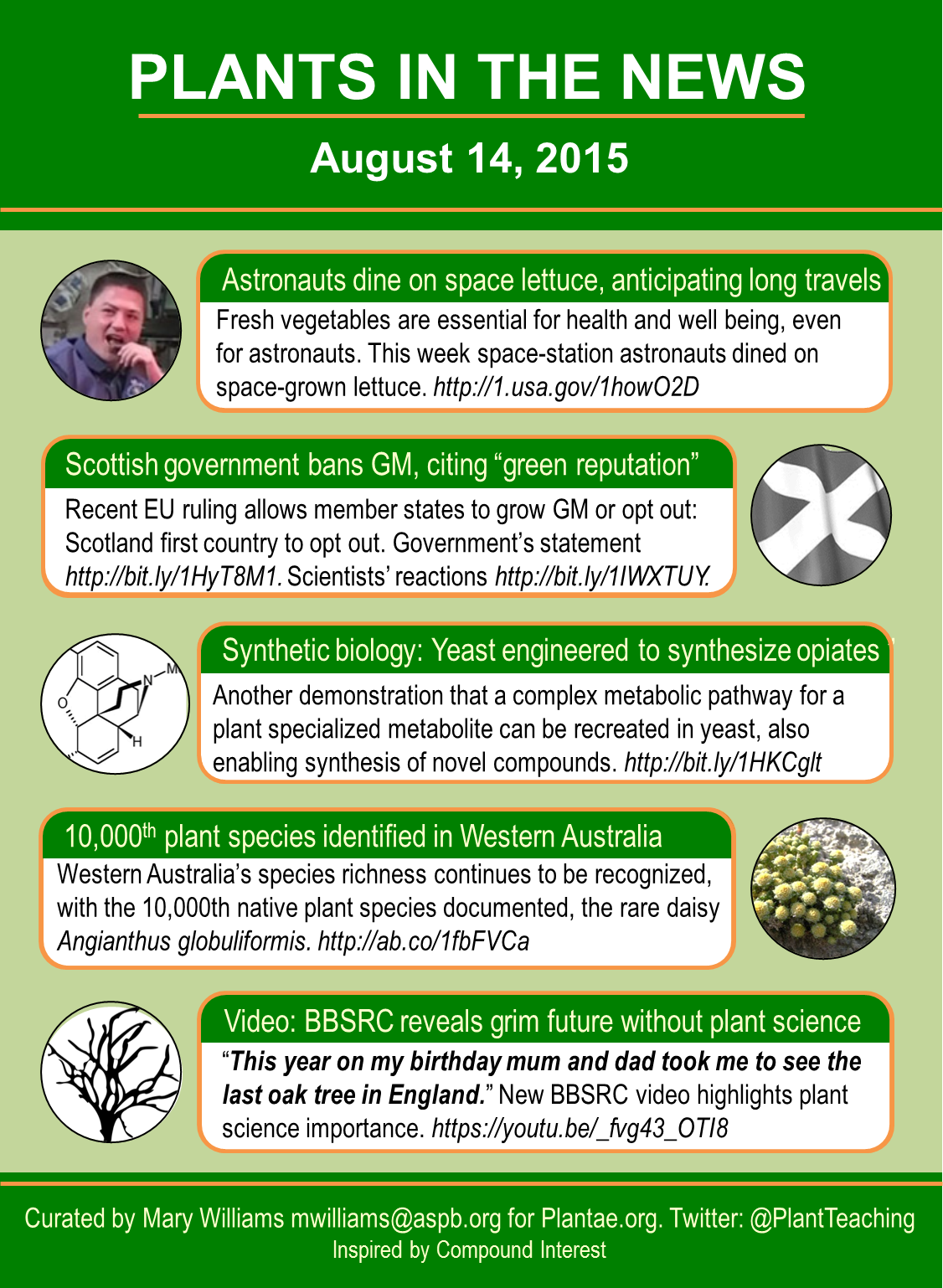 1 thought on “New feature, “Plants in the News””