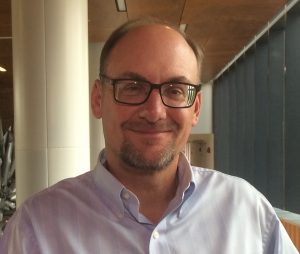 Gregg Howe is a University Distinguished Professor at Michigan State University (MSU) and MSU foundation professor. He is a member of the Department of Biochemistry and Molecular Biology, the MSU-DOE Plant Research Laboratory, and the MSU Plant Resilience Institute.

Gregg was attending his student’s committee meeting via zoom when he received the congratulatory phone call and was urged to join the NAS zoom conference. After fumbling around to switch zoom meetings with shaky hands, he was welcomed by dozens of smiling faces of the newly elected and other NAS members. “It was an unforgettable moment,” he said. When the NAS zoom conference ended, he rejoined – in a bit of a daze – his student’s committee meeting. “Being elected to the NAS is a great honor. More broadly, however, it’s a recognition of the hard work and dedication of many talented students and collaborators I’ve worked with over the years,” said Gregg.

When Gregg was a graduate student at the University of California, Los Angeles, he attended a seminar by the late Clarence “Bud” Ryan who talked about the two newly identified chemical elicitors of the tomato wound response: an 18-amino-acid peptide called systemin and the volatile compound, methyl jasmonate. Even though Gregg knew nothing about the topic at the time, the seminar sparked his interest in the regulatory basis of induced plant defense responses. And, 30 years later, Gregg is still working to understand the molecular mechanisms by which these compounds influence plant-insect interactions.

When asked about his passion, Gregg mentioned that he really enjoys spending time outdoors and exploring the natural world through backpacking, canoeing, and traveling to wilderness areas. Although the stay-home order put these outdoor activities on hold, he has discovered that walking is a great way to explore the local community, stay in shape, and just think.

Gregg has served on the editorial board of Plant Physiology from 2005 to 2015. He first joined ASPB in 1997 and has served on the Early Career Award Committee (2004 – 2008). He encourages early career researchers to identify an important “big question” that really excites them. “Pursue your work in an environment that fosters intellectual independence and career development. Good things will follow,” said Gregg.