Plant Biology 2016 officially got underway on July 9 in Austin, TX. 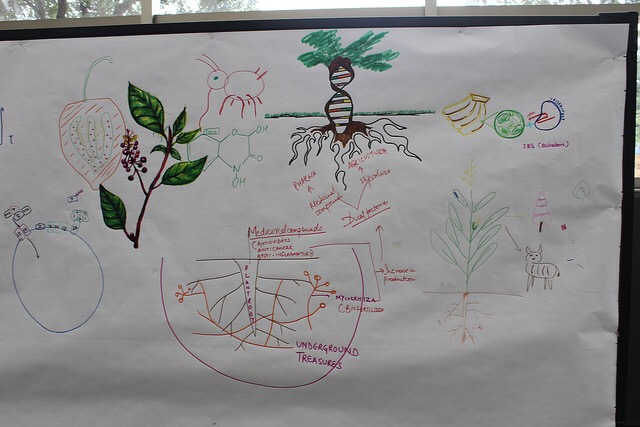 With registration open, attendees flocked to the Draw Your Science board and a community coloring activity on the first floor off the conference center.

Events underway quickly were the undergraduate poster session and a session on the much-needed reimagining of Postgraduate training in plant sciences. 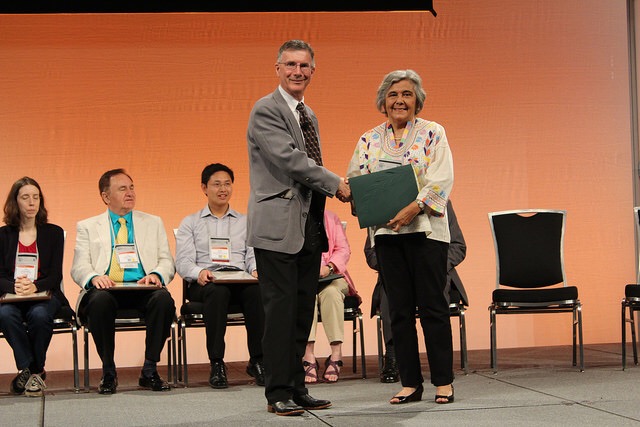 Bethany Huot wrote a blog post on the “community of minds” and how to go about getting the most out of a conference experience.

The scientific sessions started in the early afternoon with the awards ceremony and speakers focused on feeding the world. Leadership in Public Service Award winner Howard Buffet, Cyril Zipfel, and Bob Goldberg, all who apparently gave fantastic talks on feeding the world, designing disease resistance in plants, and a focus on seeds to feed the world.

During the afternoon, the audio-visual programming began with video interviews for the ‘How Plant Scientists’ Work series (now up on ASPB’s YouTube channel). There will be sessions on Monday morning and again on Tuesday to record an interview as well as an opportunity to develop and record an elevator pitch.

Mike Axtell gave a fascinating talk on the parasitic plant dodder and how it inserts small RNAs affecting the host plant gene expression. This is cross-species gene regulation indicating a level of sophistication of parasitism that is reserved for parasites of animals (this writer’s subjective opinion: Dodder is a fascinating plant). Xumei Chen ended the session on small RNAs with her talk on Argonaute proteins and the ER. 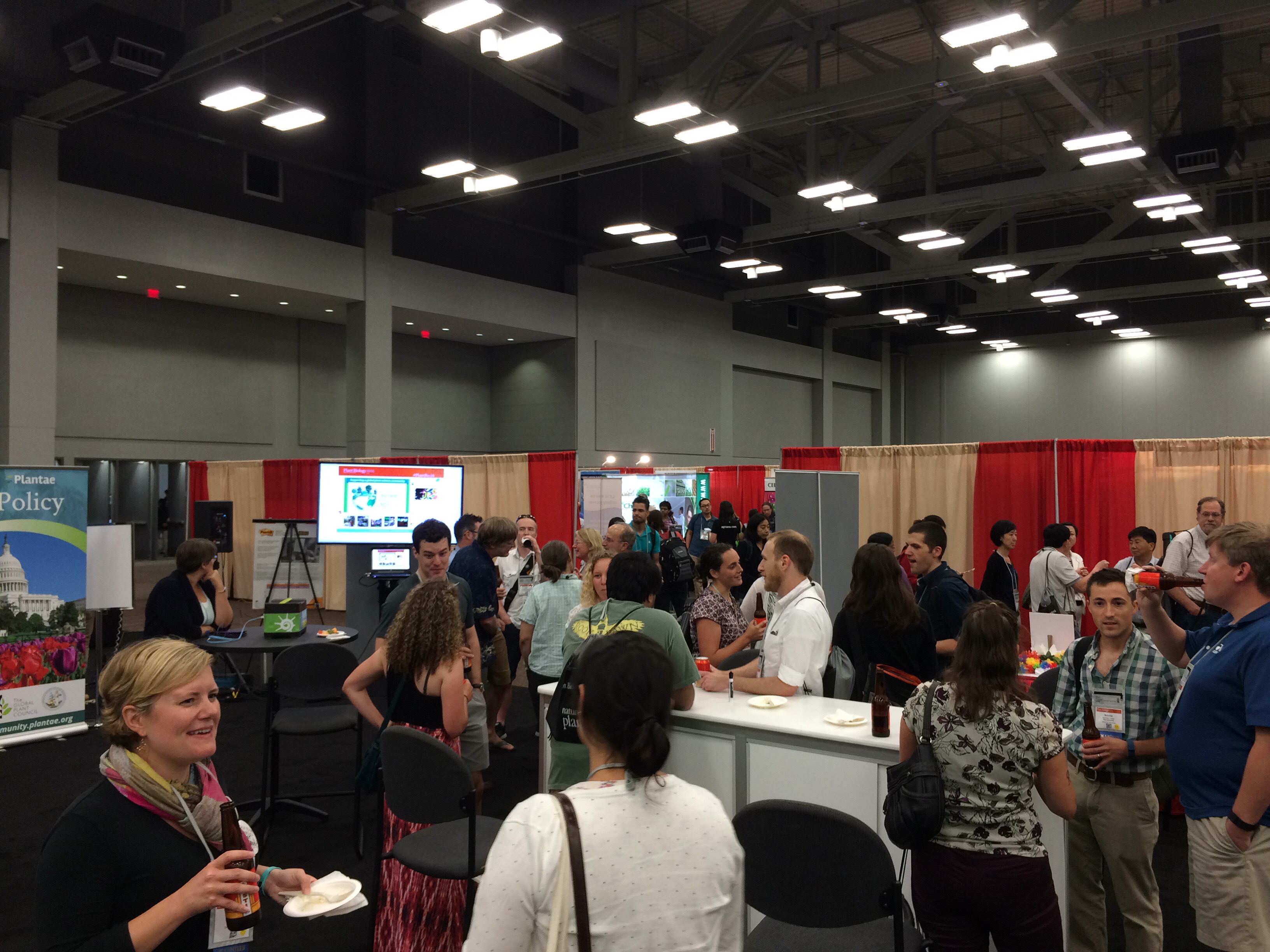 Next, the opening mixer happened along with a tweet-up for those live tweeting the conference. Plant scientists were serenaded by a local musician as they mingled amongst the vendors and one another.

The final event of the day was HHMI BIOINTERACTIVE’s showing of a movie “Popped Secret: The Mysterious Origin of Corn” on the origins of modern maize plants.

Look forward to more events from the conference floor tomorrow. You can catch up with all the tweets on the #plantbio16 day one storify:

And find the pictures from day one here.