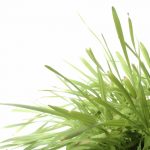 No grass? No Wimbledon, World Cup, worldwide golf or baseball

According to SportsGrass.com, “sports and athletic field grasses must have dense, thick sod, be able to withstand impact and have the ability to repair quickly…Each seed mixture is used for the desired traits that are dominant to its variety and whether it grows well with the companion species.”

And who makes sure this happens? Plant biologists and related turf management experts, of course. Here are some ‘grassroots’ reasons why world champions have a sporting chance once they step onto the green.

The grass at Wimbledon is considered a ‘living, breathing surface.’ To learn how the head groundskeepers keep it healthy and why a light-weight serve and volley specialist is a grass court expert’s favorite type of player, check out:

Wimbledon 2014: The man behind the grass courts

For Wimbledon’s Grass Courts, why the Expertise of Scientists and Agronomists is so Important

Digging deeper: Researchers at the Sports Turf Research Institute have built a ‘mini Wimbledon’ (as well as other mini venues) to study many factors including the use of pre-germinated seed, mowing heights, soil moisture, and surface firmness for optimal bounce.

The goal is to create grass that will “withstand a pounding and support the athletes.” So says, Steve Reid, research director for the company providing the grass for all of the pitches of the 2014 World Cup in Brazil. Here’s what’s growing on (those fields):

Why all the fuss and bother of maintaining natural grass when synthetic turf could even the playing field? Claire Dworsky, a 9-year-old soccer player and part-time UC Santa Clara scientist studies one angle of this debate as part of the American Geophysical Union’s Kids’ Science Challenge . Read more in Science and soccer: They’re both child’s play

The US Open ended in mid-June in North Carolina. The 143rd Open Championship tees off in July in England. The 96th PGA Championship takes to the bluegrass of Kentucky in August. And Scotland hosts the 40th Ryder Cup in September. How do course managers know what’s best for all these environments? They rely on programs like the Penn State Center for Turfgrass Science for research, advice, professional networks, and career development opportunities that support turf scientists specializing in golf courses.

It’s no small issue that golf literally covers a lot of ground. It has significant impact on the environment. So The Golf Environment Awards program seeks environmentally sustainable course management projects. There are three annual awards for twelve nominated finalists: ‘Environmental Golf Course of the Year’, ‘Conservation Greenskeeper of the Year’ and ‘Outstanding Environmental Project of the Year’. According to the award’s website, ‘Each entry is independently judged, not on the scale of project or financial investment, but on what the golf club has achieved and how it has benefited or is benefiting the environment.’

Baseball fans relish their home stadiums. Many things contribute to this loyalty. But the sights, smells, and performance of the stars all hinge on the specific and creative techniques that turf managers plow into each beautiful green diamond and outfield. These major leaguers get to the Big Show from programs like the:

“Studying turf science has greatly extended my knowledge of agriculture and has prepared me for a job that allows me to spend my days at the ballpark. It doesn’t get much better than that,” says turf scientist Joey Stevenson.

And if  YOU are watching Major League baseball this season, you may wish to check out The Grass Is Always Greener to learn which turfs are selected for each of the professional playing fields and why.