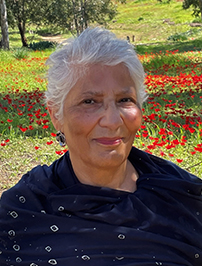 The undeniable reality is that meaningful science cannot be siloed, and scientists cannot operate in a socioeconomic and political void. In principle, the success of science in society requires two pillars: scientific achievement and clear communication of outcomes to the public. The paramount importance of clear communication has been long recognized; for example, the Greek philosopher Plato, who lived between 428 and 347 BCE, grounded his doctrine in the importance of transmitting knowledge, laying one of the foundations of Western culture. Plato initially believed that writing in the form of dialogues was imperative for transmitting principles to people and spreading the concepts in the most effective and congenial way. However, he later came to fear that his writings could be read by people unable to understand the truth and, even worse, that they could fall prey to the wrong interpretation. This concern led him to found his Academy in 387 BC, where he sought to establish an oral debate forum and to consolidate his theory of the superiority of speaking over writing in communication.

Over recent decades, the rapid expansion of science and scientific organizations, combined with reduced funding, have entangled scientists in the strangling web of searching for financial support. One casualty of this preoccupation has been the neglect of public engagement—that is, connecting with the public in a layperson’s language in ways that enable people to distinguish between unsubstantiated fiction and evidence-based facts. This unintended misstep has led to a deepening loss of public trust in science and scientists. The long-term ramifications of this loss are best highlighted in the selection of “post-truth” as the word of the year by Oxford Dictionaries in 2016. They defined this term as “relating to or denoting circumstances in which objective facts are less influential in shaping public opinion than appeals to emotion and personal belief” (https://languages.oup.com/word-of-the-year/2016/).

Our prolonged silence on this issue, together with the widening spread of the Internet and the rapidly evolving digital age, have deepened the gap between scientists and the public. This gap has aided the rapid development of intellectual traps and a web of contradictory information that have reshaped and diluted the importance of key, established scientific concepts, such as evolution, the benefits of genetic engineering and vaccination, the contributions of human activities to climate change, and more. In the past several years, we have witnessed the magnified efforts of some agents to manipulate established facts, resulting in an explosion of pseudoscientific ideas and conspiracy theories targeting many areas.

One such area is related to the COVID-19 pandemic and vaccinations. At times, the messages of “anti-vaxxers” have outperformed those of others who have tried to teach us what vaccines are and how they work. In the rare media events featuring scientists, they have either delivered a monologue or debated scientific approaches and facts rather than effectively engaging a public audience. The outcomes of these events were mostly disappointing; interested audience members couldn’t fathom what the intended message was and soon lost interest. The messages of conspiracy theorists came to dominate, and incentivized in part by strong economic forces, their messages spread false and contradictory information in layperson’s language, often using content appealing to human emotion calculated to be in synchrony with the cultural narratives and perspectives of the public. BBC interviews with 50 experts in 2017 identified the breakdown of trusted information sources as the “grand challenge we face in the 21st century” (https://www.bbc.com/future/article/20170301-lies-propaganda-and-fake-news-a-grand-challenge-of-our-age).

This grand challenge of the century is becoming even greater with the passage of time, given the accelerated expansion of fake information and manipulation by the mass media, all augmented by the continuous growth of the Internet. Unfortunately, this expansion serves not only to spread falsehood, but also to severely reduce public interest in seeking informational facts on scientific advances and objective realities. This combination is lethal for the truth, making the task of convincing the public with strong scientific evidence even harder.

Luckily, though, the Internet is not a one-way street. We, too, have access to this platform, and we should use it to amplify our voices, expand awareness of science-based evidence, and overwhelm fake information with facts. The task is by no means trivial, and perhaps we can learn and implement some of the already established principles used by educational and media platforms—for example, Science Friday on NPR (https://www.npr.org/podcasts/583350334/science-friday); Alan Alda’s 2017 book on communication, If I Understood You, Would I Have This Look on My Face?; the CLEAR (Communication, Literacy & Education for Agricultural Research) Project (https://clear-project.org/); its sister program Science Says (https://davissciencesays.ucdavis.edu/); and many more. The following principles are apparent in these platforms:

In this context, the crisis of the COVID-19 pandemic has provided us with a golden opportunity for engaging the public and enhancing the interactions between science and society. The development of vaccines in record time and the efficacy of the new strategies have led the public to partially regain some trust and to shift toward accepting and depending on scientists to a greater extent. The unfolding of scientific breakthroughs in real time during this period has also compelled at least some politicians to accept science as the savior of the moment, enticing them to work more closely alongside scientists. In addition, the crisis led to global efforts to enhance collaboration and the sharing of scientific information among nations, assisted in part by multinational funding agencies. More importantly, the necessity of science taking the spotlight increased public understanding of scientific principles and vocabulary. Now PCR (polymerase chain reaction) is a term understood and used by people around the globe.

At this time, our ability to use the Internet and social media to instantly reach a global audience, combined with people’s current state of mind, presents us with an excellent opportunity to reestablish the credibility of science and regenerate the public trust. Members of ASPB can sustain this trend by being open to and understanding the uncertainties of our communities and by using readily comprehensible language in conveying scientific findings, whether simple or complex. Effective and open communication will be our key weapon in overcoming agents of misinformation and empowering the public to respond rationally to science.

We are part of numerous ongoing national and international efforts to diminish the threat of misinformation jeopardizing trust in science. The enormity and complexity of this task, however, require constant reminders for us to call for action, collectively and in unison, to push back the tsunami of misinformation and reestablish trust through the power of clear, open, and simple communication. The undeniable truth is that science is both part of society and dependent on society, and each is shaped by the conduct and culture of the other. Please be engaged, and provide us with your opinions and ideas for solutions to this global challenge. Let us join forces.