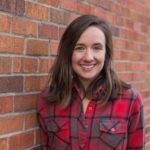 I believe science can help us develop solutions to global food insecurity. I study the effects of drought on maize roots at the University of Missouri, and I hope my findings will contribute to improving crop resilience as rainfall patterns change in the Midwest. Currently, I am represented in Congress by an anti-science politician, U.S. Representative Vicky Hartzler. Hartzler has gone out of her way to make fun of climate science. Unfortunately, denying the realities of climate change goes hand-in-hand with a larger lack of evidence-based approaches to policy-making in our current Congress.

I’m running to represent Missouri’s 4th District in Congress because it’s time to bring a fresh, pro-science perspective to our federal government. The world’s changing climate is no joke to farmers or to consumers. Periods of drought are intensifying and with potentially devastating economic cost to agriculture. Eroding the norms of evidence-based decision-making is bad enough, but politicians also harm our communities across the U.S. and around the world by denying them the resources and opportunities to adapt. Climate change denial like Hartzler’s is an excuse for inaction.

We need problem-solvers and advocates holding elected office. In the past, scientists have stayed behind the scenes in politics and government. We’ve tried not to get caught up in partisan politics, although that has become more difficult these days. But the reasons scientists give for avoiding politics are the very reasons scientists should be more involved. We understand having a seriousness of purpose, the humility that accompanies fallibility, and the need to evaluate evidence before making a decision. We are attuned to the limits of our own knowledge and have a sense of being only one small part of systems much larger than ourselves. And we are willing to ask tough questions.

These are all values we could use in Washington, D.C.

I grew up on my family’s beef cattle farm in rural Missouri and recently went back to visit the science fair at the small public school I attended through 8th grade. I was particularly inspired by Billi, who, like me, came from a farming family. Billi’s science fair project asked, “What is the best way to stack hay bales?” She bundled mini bales and tested them for moisture retention. Her research led her family to stack their bales differently than they did traditionally. It was an important reminder that science–and the innovation it supports–is, at its best, accessible to everyone, regardless of their background. Elected officials don’t just need to be using science in policy-making, but should be supporting public science education and open research access.

There will be daunting global challenges to face in the 21st century:  food security, climate change, inequalities in education and access to technologies. I’m ready to think forward and take on these challenges. We can’t be caught looking backward when the future is here for us to create, together.

Learn more about my candidacy and how you can support at HallieThompsonforCongress.com