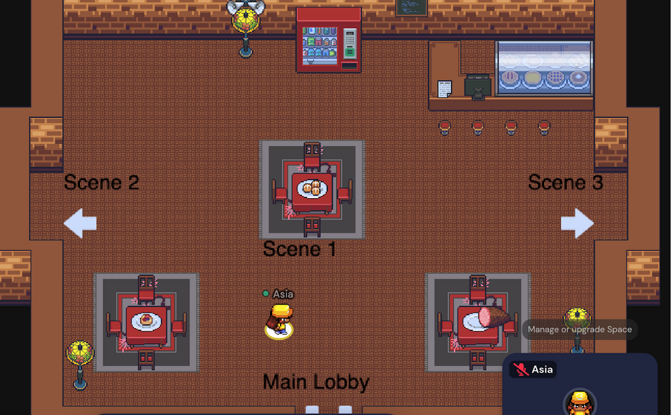 During the Plant Biology 2021 meeting, the Equity, Diversity and Inclusion Committee (EDIC) hosted a virtual workshop called ‘Surviving Academia and Industry’. Navigating the scientific workforce can be challenging for anyone at all career stages, but is particularly stressful for Black, Indigenous, and People of Color (BIPOC) scientists. In this interactive, hands-on workshop, we aimed to give plant scientists the tools needed to recognize the effects (physical, mental, emotional, societal, and monetary) of systematic and institutional oppression on all scientists, and how everyday choices and activities contribute to systematic and institutional oppression in all academic and industry institutions. Thirty people participated in the workshop.

The workshop was held virtually using the Gather interactive virtual platform. In Gather, participants could talk with each other individually and as an entire group. The workshop was similar to a ‘choose your own adventure’ novel, in which participants were given scenarios and could choose one of several options for how to proceed. In the story, individuals were stranded on an island.  The game could be played from either viewpoint of two different characters – one more privileged; the other underserved. One character was a graduate student helping her PI collect valuable data on the island, the other was a graduate student working for the summer at his family’s hotel on the island. During the story, some people on the island were suddenly becoming sick with rabies-like behavior and acting aggressively (these characters were called zombies). Characters had to make choices about which sick people to help, how to leave the island, and how to respond to microaggressions, especially in the context of academic hierarchy. 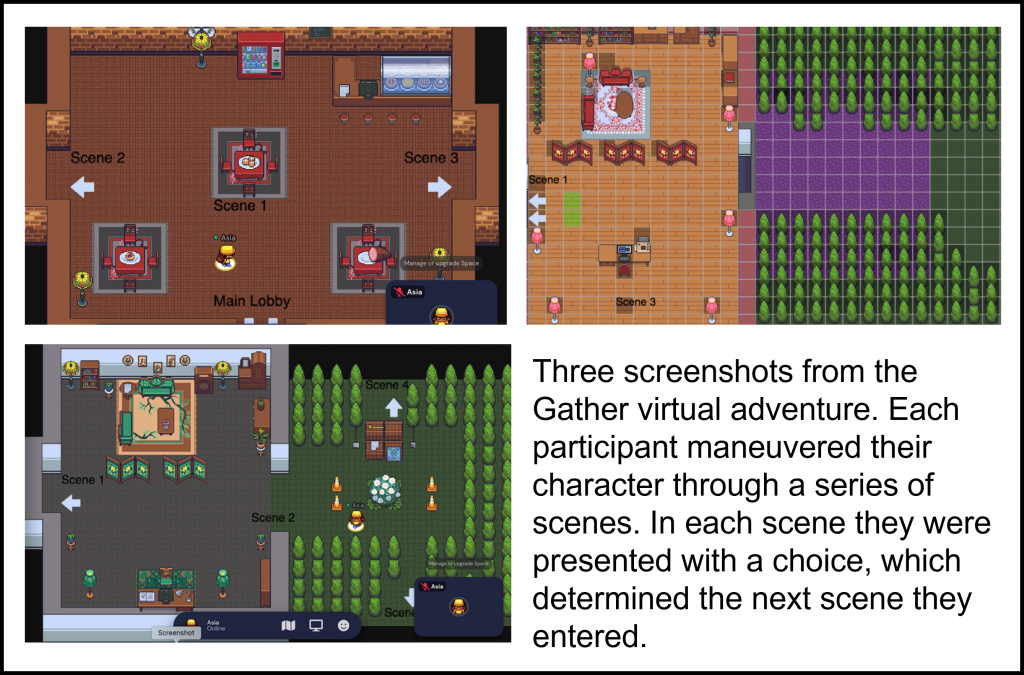 Scenes and choices reflected the tools, coping mechanisms, and uncomfortable realities that frequently occur in academia and industry for underrepresented people. Scenarios and the responses to each were also influenced by the class status of each character. For example, in one scene the graduate student collecting data was asked to show her identification card, but her PI was not asked to do this. She was threatened and verbally insulted by the park ranger. She had to decide whether to ignore the insults and provide the ranger with her identification card, show her identification card but report the ranger, or refuse to show her identification. Depending on the response to this scene, the character either moved to one of two scenes dealing with another institutional barrier. In another scenario, the graduate student working at his family’s hotel was offered a place on a special data collecting trip. He subsequently learned that he replaced a student who worked hard for the opportunity. The character had to choose to go on the trip or give the spot back to the other student.

At the end of the workshop, participants came together to discuss their thoughts and experiences as they moved through the scenes of each character. Several people reflected that the scenarios gave them insight into the discomfort often faced by many members of the plant biology community. We hoped that reflecting about these choices, why and whether they exist,  and why individuals respond as they do will promote more equitable, diverse, and inclusive workplaces in academia and industry.