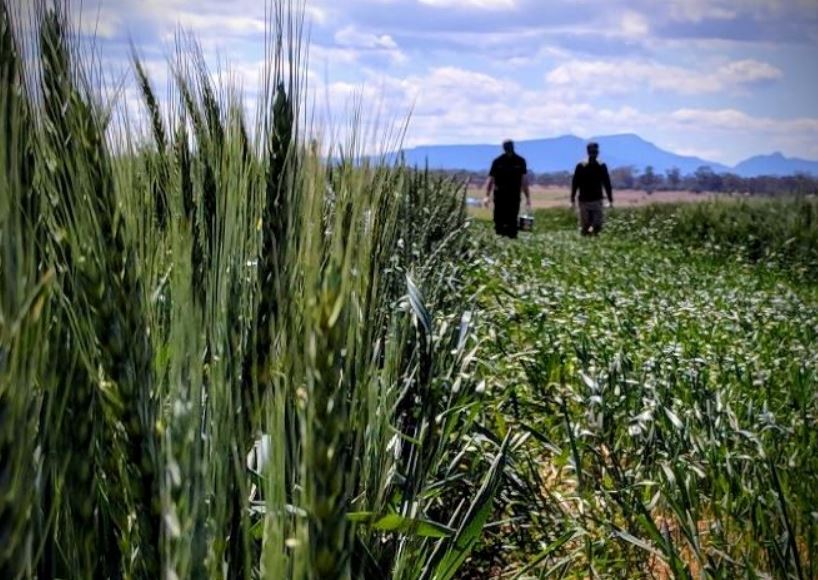 The activity of this gene controls the timing of esterification in grain, which is related to storage and nutritional qualities of bread wheat and other grains.

This work provides insight into the timing and control of esterification, related to storage and nutritional qualities of bread wheat and other grains. ASPB is pleased to announce the publication of research with significant implications for lutein esterification in bread wheat.

Researchers Jacinta Watkins and Barry Pogson from the ARC Centre of Excellence for Plant Energy Biology, Australian National University, together with others at ANU and their colleagues at the University of Adelaide, University of Sydney, and University of Toronto, designed their study to understand the esterification of lutein in wheat grain. Carotenoids are responsible for the vivid coloring seen in many grains, vegetables, and fruits. They also serve as micronutrients in the human diet, and are essential to maintaining health and brain function. Carotenoids can degrade rapidly in grain and other foods during post-harvest storage, leading to a decline in nutritional quality. The stability and retention of carotenoids are increased by esterification, a chemical reaction between the carotenoid and fatty acids derived from lipids. Until now, the molecular mechanism controlling esterification in grain has not been understood.

The authors identified the gene responsible for esterification of the carotenoid lutein in bread wheat as Xanthophyll acyl-transferase (Xat), located on chromosome 7 of the wheat D genome (bread wheat has a hexaploid genome, which includes three complete genomes, termed A, B, and D, in the nucleus of each cell). Watkins et al. showed that the protein encoded by this gene is a XAT enzyme that esterifies multiple carotenoids with several types of lipids. Although XAT protein builds up as grain develops, it only acts after grain harvest. Because the XAT enzyme and the carotenoid substrates it acts on are localized in different parts of plant cells, the authors propose that the enzyme is able to interact with its substrates only when there is a breakdown of the cellular compartments after harvest. Thus, controlling the timing of this breakdown could allow for the ability to fine-tune carotenoid esterification in wheat grain.

As the steps, the authors are working to transfer a small section of chromosome 7D, including the Xat gene, to durum (pasta) wheat. Lutein is important for the quality of durum grain as it provides the yellow or creamy color of pasta and couscous. Yet, unlike bread wheat, durum wheat does not have the D-genome and therefore cannot esterify its lutein. Excited that her research is providing insight into both plant biology and human health, first author Jacinta Watkins said: “Introduction of the Xat gene into durum wheat could help maintain high levels of yellow pigment during storage and transport. Understanding esterification also opens new opportunities for improving the nutritional value of cereals, addressing the retention and stability of other carotenoids, including those with provitamin A activity.”

About the researchers: To arrange an interview with the authors, please contact Barry Pogson (barry.pogson@anu.edu.au).

ASPB is a professional scientific society, headquartered in Rockville, Maryland, devoted to the advancement of the plant sciences worldwide. With a membership of approximately 4,500 plant scientists from throughout the United States and more than 50 other nations, the Society publishes two of the most widely cited plant science journals: The Plant Cell and Plant Physiology. For more information about ASPB, please visit http://www.aspb.org/.