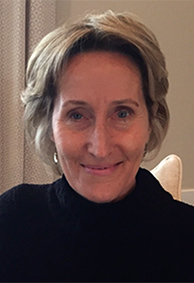 Now that we have all had a chance to learn a bit more about the Trump administration and its positions on science, it is time to launch the inevitable conversation about how best to respond. The appointment of Robert F. Kennedy to lead a task force to evaluate the safety of vaccines (Phillip et al., 2017), the appointment of Scott Pruitt to head the Environmental Protection Agency (Mack, 2017), the lack of response from the White House to communications from AAAS and other scientific organizations (Achenbach, 2017), and a number of other worrying trends have left the scientific community at a loss as to how to make sure our messages are heard by this administration.

On April 22, Earth Day, the March for Science will be held in Washington, D.C., and around the world (https://www.marchforscience.com) to make a statement about the essential contribution that evidence-based science makes to public policy. The March for Science was inspired by the Women’s March on Washington on January 21, for which hundreds of thousands gathered to support women’s rights. During that march, it became evident that many were marching to urge the administration to develop policies that are based on relevant science.

American scientists have generally steered away from political activism, perhaps feeling that the objectivism of science would be diminished if it becomes politicized. Consequently, the March for Science has so far received mixed reactions from the scientific community and various scientific societies (Greenfieldboyce, 2017).

Robert Young, a geology professor from Western Carolina University, wrote a New York Times editorial in opposition to the march, based on the argument that a public show of activism against a new Republican administration would only increase societal divisions around science. “The solution here is not mass spectacle, but an increased effort to communicate directly with those who do not understand the degree to which the changing climate is already affecting their lives” (Young, 2017). On the other side, Rush Holt, chief executive officer of AAAS, in a recent Science editorial, reminded scientists that they would be naive to avoid the fight by convincing themselves “that politics is dirty compared to the scientific enterprise, and they should therefore avoid the fight. Nor should scientists think that by standing back and letting the facts speak for themselves, they allow reason to prevail and proponents of flawed policies to wilt” (Holt, 2017).

Organizers of the march believe that with the many scientific issues facing the new administration, now is the time to make the statement that support for evidence-based science is crucial to addressing many of our country’s most pressing problems. “I’ve never seen the scientific community so concerned,” said Rush Holt. “This goes way beyond funding. When officials use a phrase like ‘alternative facts’ without embarrassment, you know there’s a problem” (quoted in Achenbach, 2017).

Which brings us to the question of ASPB. Like the community at large, ASPB members appear to hold a range of opinions on whether or not the Society should formally endorse the March for Science, and at this writing, the conversation continues. The wider plant science community represents a diverse group that may be as concerned about growing the U.S. agricultural economy as we are about species conservation or maintaining a funding environment that supports fundamental discovery as well as scientific advancement. It is crucial that we not ignore what is coming out of the White House on science, and it is important that we get actively involved.

Whether or not you feel it is appropriate to participate in the April 22 March for Science, it is important that you take action. That action might be to spend the summer designing a new course in “Science and Society” that will teach the importance of research and the scientific process to non–science majors or, perhaps, an offering to local lay audiences in your community. You might volunteer to participate with ASPB’s Science Policy Committee to write your state’s congress members or visit their offices to educate them about the value of plant science to the U.S. economy and environmental stability. You might let it be known that you are willing to give presentations to lay audiences to help clarify scientific misinterpretations about GMOs, climate change, vaccine science, or the importance of species diversity. There can be no doubt about the increasing mistrust of science by the American public. If that is to change, it will require meaningful effort by the scientific community. Hope to see you at the march!

March for Science. (2017, February 23). March for Science announces first round of partnerships and new ways to support its work—Network of satellite marches nears 300 globally. https://www.marchforscience.com/press.