One morning in early February I received an unusual email.  It was from my colleague here at University of Florida, Dr. David Oppenheimer.  It simply said, “FYI”, and was followed by a note from university General Counsel that email records were demanded back to 2012 under auspices of Florida Sunshine, or Freedom of Information Act (FOIA) laws.

Suddenly a popup window ignited in the corner of my screen—you’ve got mail!  It was a public records demand for my personal interactions with a slate of agricultural companies, trade organizations, communications firms and NGOs.  What did David and I do to precipitate this intrusive request? 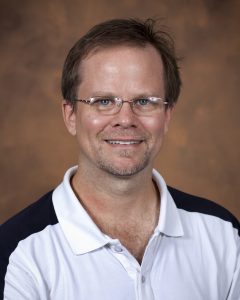 David and I had answered questions on GMOAnswers.com, a website sponsored by companies such as Bayer Crop Science, Monsanto, Dow, and others.  The website is intended to provide a portal for public access to independent academic and company experts that could address their questions about transgenic crop technology.

The website launched in 2013, and I was eager to participate.  Throughout my scientific career I’ve read about transgenic crop technology and today endlessly contemplate its applications in helping the environment and the needy, as well as the farmer and consumer in the industrialized world. I have never shied away from public interaction on the topic.  I found activists and concerned citizens to be a lot like me in terms of lifestyle and politics—I just knew more about this technology.

I’ve regularly shared this information via my blog and during frequent public talks, even engaging audiences that do not appreciate the implementation of such technologies.  For the most part, these are concerned people that have been fed a steady diet of bad information, and it is a pleasure to introduce them to the facts as presented in the scholarly literature.

From my perspective, the GMOanswers.com website offered a visible venue to continue this outreach.  It provided me a place to communicate with a public hungry for independent answers.  It was this participation that activated the prying into my personal emails.

This public records request claimed to target scientists participating in GMOanswers.com. However, it has a total of fourteen public scientists in its crosshairs, scientists that simply interacted with the public around topics of agricultural biotechnology. Many are ASPB members.

The request comes from US-Right to Know (US-RTK), an Oakland-based NGO, that makes the allegation  ”these professors are closely coordinating with agrichemical corporations and their slick PR firms to shape the public dialogue in ways that foster private gain for corporations … or … act as the public face for industry PR.” They suspect collusion because our interaction with the public matches and reinforces concepts in plant biology espoused by the seed manufacturers.

What they fail to realize is that our words parallel company claims because both are distilled from a scientific consensus built upon decades of data.  The answers to the public’s questions would be similar from anyone that understands plant biology and the application of transgenic techniques to agriculture. To US-RTK, this isn’t a badge of scientific consensus; it is the red flag of a conspiracy.

David and I have no research or personal funding from “Big Ag”– only in our dreams.

We work for a state where GM crops are just about as rare as snowflakes.  We’re also rather resilient in our syntheses of the literature, and there’s not an ag company, PR firm, or ninja rappelling from a Monsanto black helicopter that can coerce our word choices or how we communicate these concepts to a curious public.

US-RTK’s actions have been chilling. Such intimidation stymies desires for an already largely silent body of qualified, trusted academic and government scientists to reach out to non-scientists about any ag technology.  Notes from postdocs and new professors have stated that US-RTK’s unprovoked cyber surveillance is why they decline to interact with the public in “controversial” areas.  This is harassment that ices outreach.

That said, should our personal emails, which certainly include interactions with these companies, be subject to inferential biased analysis, cherry-picking, and distortion in the interest of tarnishing us?  The US-RTK’s conclusions, no matter how untrue, will soon resonate and propagate throughout a rabid activist electronic media primed to discredit public scientists, a la Climategate.

Unfortunately, yes, these types of information requests must be allowed. Transparency laws are important.  It is the abuse of these rules that needs to be stopped.

How do we do that?

First, as scientists we need voice our outrage about such tactics.  We need to broadcast our disdain over news, local and social media, exploiting the same amplification tactics that the US-RTK and their ilk are already using. We must use our credibility to decry the expensive abuse of an important system that is being used to impeach, and potentially tarnish, the reputations of public scientists to the ironic delight of the activists’ own industry supporters (US-RTK is well funded by the Organic Consumers Association).  Disgust motivates the middle.

More importantly, as scientists we all need to better connect with the public in the pop-controversial areas of science.

We must be conversant in the consensus syntheses of climate change, vaccines and transgenic crop technology.  We all need to actively integrate into the science/society interface, teaching, and interpreting the scholarly literature.  We must be honest, communicating the strengths and weaknesses, risks and benefits, to maintain and expand public trust.

If everyone in our plant science community was communicating science only a few minutes a week, the paid full-time activist infrastructure would be overcome by expert testimony.  We would win the trust of a public that simply does not know what to believe, and allows fear to govern its decisions over facts.

We are living in a time when applications of technology for agriculture and medicine will only come faster, and new breakthroughs will coincidentally kindle newfound resistance.  A malleable, comfortable, and scientifically un-savvy public will bend to activist-manufactured risk.  To move science’s discoveries from the laboratory to widely accepted application will require all of our participation, and communicating with a curious public must become a priority mission for us as scientists.

If you would like to show your support for Kevin and the other targeted scientists, please sign the Cornell Alliance for Science #Science14 petition and share it with your colleagues.