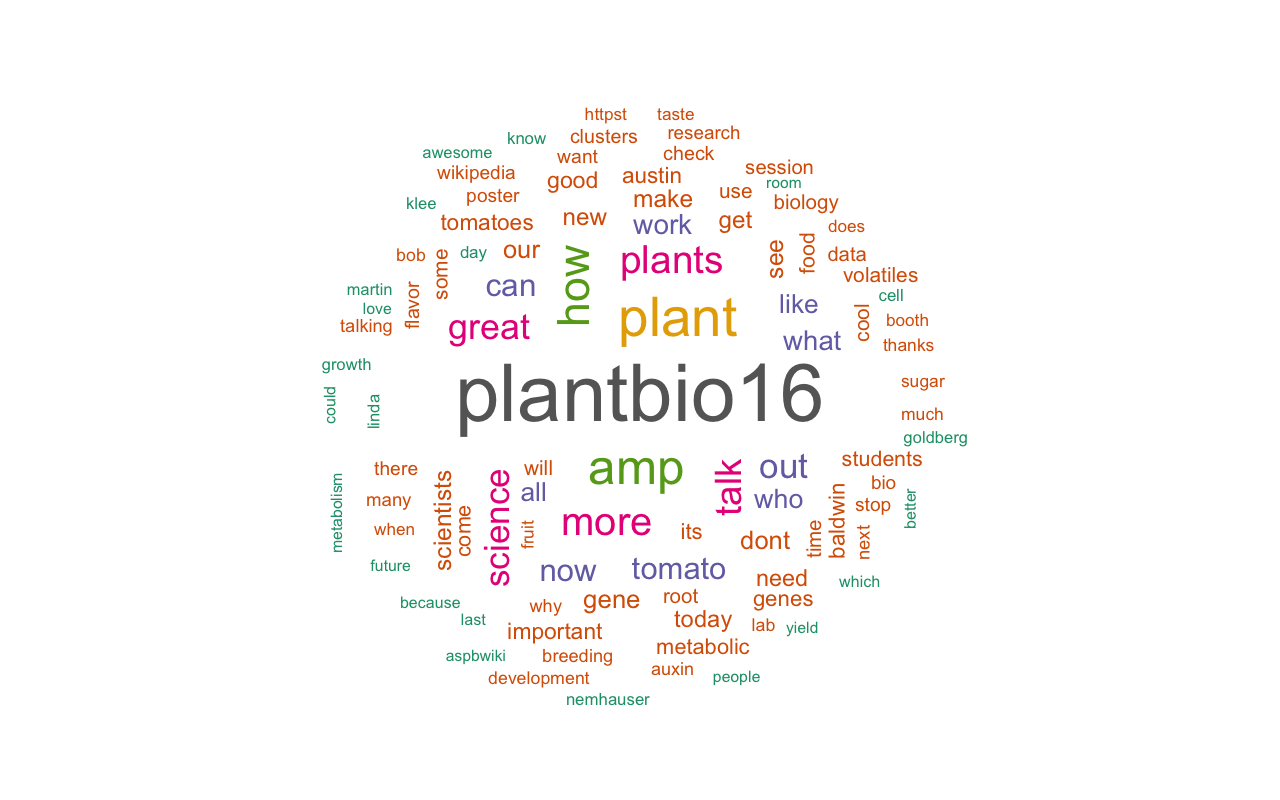 Traditionally, it ends with the President’s symposium, and this year President Dixon’s theme was ‘Specialized Metabolism’, or all the things that plants make that aren’t strictly  necessary for survival (though this could be debated).

.@ASPB President Dixon along a out why specialized metabolites matter for research. #plantbio16 pic.twitter.com/8tj5SXTuLt

Here’s a secret as an attendee of many Plant Biology conferences. The symposium on the final day is usually fantastic and worth sticking around for if you can. It will broaden your horizons in many ways (I know many people look at the topic each year and say “not for me”, but I’d urge you to fight that instinct and go in with an open mind). Though I could only stay through the first talk from Anne Osbourn (@AnneOsbourn1) before needing to catch my flight, it was really, really good.

Here are a few tweets from the talks:

Noel shows how, as plants have evolved from algae to modern flowering plants, ABA metabolism evolved along in a stepwise fashion #plantbio16

Q:Is ABA always the acting hormone? A:prob not, it's likely that some responses attributed to ABA may be PA, adding complexity #plantbio16

The great Ian Baldwin (Max Planck) has titled his talk "The Metabolic Exuberance of Plants" and I LIVE for it. #plantbio16

#plantbio16 Baldwin discussing Mechanism-Function. You have to test function in the real world, have to go back to lab to understand mech.

Baldwin: Bio has become digital but we need to teach students the plant biology from the perspective of a plant #FoodForThought #plantbio16

#plantbio16 Ian Baldwin: encouraged us to teach students to observe. # of tweets on a talk is directly proportional to how good it is.

Heading Home and Continuing the Conversation

My day 5 storify is here and Bethany Huot’s (@huotbethany) storify of days 4 and 5 are here.

This was a really great meeting based on all the Tweets and people I got to interact with. And there are many tweets like this one agreeing with that idea.

Now, as we head back to life as usual: laundry, writing, reading, learning, and otherwise doing science in the lab, we can be sure that a lot of ideas got shared and that the conversation will continue. I hope they do.

I know there are many things that I will be following up on from the conference and a lot to think about. Though Twitter is great for open discussion, the plant scientist community now also has Plantae where digital group discussions can continue openly with the plant science community or in more private small groups.

Some of my biggest take aways:

And last, nearly everyone’s favorite plant is the species they work on. (in my How Plant Scientists Work Interview, I said The California Coast Redwood is my favorite plant).

What are your take aways? Let us know in the comments here (or come find me @IHStreet or @ASPB on Twitter and say what you took away from #plantbio16 there).

This year at ASPB, The digital presence on Twitter was great (I think a lot of sessions got mentioned/tweeted about, which is great to see in 6,447 tweets pulled from an API app):

The tweets can be found here: #plantbio16 Tweets

Who is retweeting who summary/day for @ASPB. Related note I retract previous network, it was truncated! #plantbio16 pic.twitter.com/VpkDKL18bs

With Noah Fahlgren’s github code, I also put together some of of the data myself: 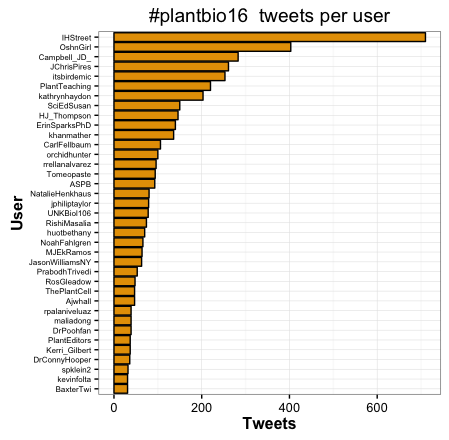 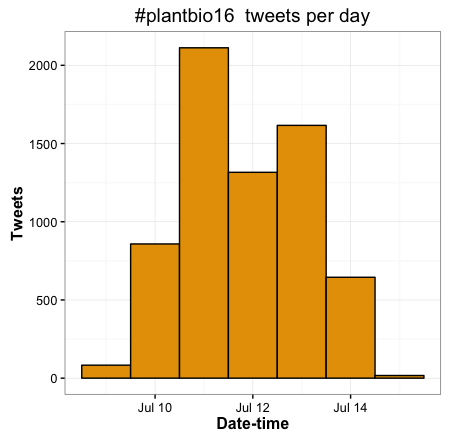 This year there were also 25 How Plant Scientists Work (that will continue as a text, video, and podcast series) videos recorded as well as elevator pitches.

Thanks to all who contributed to #plantbio16’s digital coverage and to all who attended. It is the people that make the conference and the professional society.

And digital dispatches from each day of the conference: day 1, day 2, day 3, and day 4.