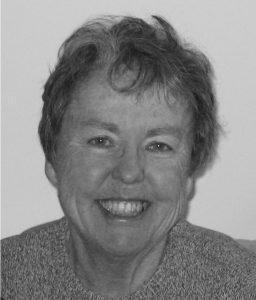 After getting a BA in bacteriology at Indiana University, I obtained a PhD in biology at the University of California San Diego, a campus so new that there were only six grad students in my cohort. We were pampered students, taught in informal classes by an eclectic faculty who encouraged us to argue and think for ourselves. Carlos Miller (of cytokinin fame) was doing a sabbatical there, and he taught me to grow plant tissue cultures that I used for my thesis work on tryptophan synthesis even though I knew absolutely nothing about plants. After Carlos went back to Indiana, I was the only person working on plants, something that helped me become a very independent scientist early in my career.

A postdoc followed with Peter Albersheim in the Chemistry Department at the University of Colorado. Those were the days when they were developing the first generation of cell wall models based on good chemistry. I learned a lot of cell wall chemistry but concentrated on sucrose synthase, characterizing its kinetic properties and later being the first to purify the enzyme. Peter was a character, and we got on great because he admired those who enjoyed arguing with him—more valuable lessons learned on independence.

Soon after, I got my first real job—a dream job, really—at the Michigan State University (MSU) Plant Research Laboratory. Here I began my decades-long journey to uncover the mechanisms by which plants synthesize cellulose, using cotton fibers as a model system. In those days this topic was incredibly difficult, and I knew it was a high-risk endeavor. So I learned not to put all my eggs in one basket, and we also studied cell wall structure and fiber development and were the first to demonstrate a role for lipid intermediates in protein glycosylation.

Just as I received tenure at MSU, my life took a surprising turn (I fell in love), and I ended up spending the next 10 years of my life in Israel. During a sabbatical with Moshe Benizman at The Hebrew University, I found that the process of bacterial cellulose synthesis in vivo could proceed if driven by a pH gradient across the plasma membrane, but not if the membrane electric potential was depleted. I’m still not sure why. Later, I became a professor at The Hebrew University, learned to lecture in Hebrew, and continued working on cellulose and cell walls.

Then it was back to the United States—to the University of California (UC), Davis. Another dream job—great lab, substantial grants—and we could now approach cellulose synthesis with genomic studies coupled with biochemistry. Being chair of plant biology was a job that, surprisingly, I found I enjoyed very much. But after five years, I was restless. Sadly, my husband, Yoash Vaadia, had passed away, and daughter Sarah and I agreed that she should be allowed to return to Israel, where almost all her friends lived.

So I took a giant leap to become a program director in food security at The Rockefeller Foundation in New York City. This was the third dream job of my career. I had to switch from blue jeans to lovely suits, ride the subway, and work in a beautiful building on Fifth Avenue. I attended meetings on the top floor that looked out over the city and involved people with knowledge and experience very different from my own. There were many lively meetings in which we argued with passion about something I had never even thought about before: How do you spend large amounts of money wisely to improve the lives of the poor? I traveled the world, especially to many countries in Africa. I was hired to make grants to young scientists in Africa based on training and research in plant biochemistry. I often paired them with scientists in the developed world, with the ultimate goal of building capacity to make real changes in African agriculture. It was a whole new world that required much learning and adjustment. One day I got a call from colleagues saying, “Congratulations! You’ve just been elected to the U.S. National Academy of Sciences!” Many of my new colleagues, trained in fields far different from mine, asked me, “What is that?”

So now I am remarried and retired and live in the mountains of North Carolina. I continue to do consulting and serve on boards, but I also enjoy walking our goldendoodle, Eli, on our lovely trails, playing tennis, and writing memoirs and short stories.

I think most people would point to our work as the first to identify plant genes encoding cellulose synthases. PhD student Meme Amor made a high-quality cDNA library from developing cotton fibers actively engaged in secondary wall cellulose synthesis. Using this, Dave Stalker at Calgene started randomly sequencing cDNA clones and quickly found two with a short sequence having homology to part of the active site of bacterial cellulose synthase. I was sitting in Cleveland waiting for a heart transplant for my husband, and I asked Dave to send me full-length clones and went to work analyzing them. Because of large plant-specific regions, aligning with the bacterial gene was not easy using the very primitive sequence alignment programs available. So our apartment floor became littered with printouts of short sequences that I tried to piece together by hand. I don’t think I would have had the time or patience to do this if I had all the professorial commitments at The Hebrew University. But that work in Cleveland bore fruit, and we found there were genes in plants with strong homology to the critical active site and transmembrane regions of the bacterial cellulose synthase, but they also had large intervening sequences that were plant specific. When we published the results in PNAS, the Arabidopsis folks took notice, and thus began the era of molecular approaches to cellulose synthesis.

Other research of which I’m proud includes the following: a role for sucrose synthase in channeling UDP-glc to cellulose synthases, characterization of annexins, Rac gene function, callose synthesis, modeling carbon flow, cell wall structure, and many other aspects of cotton fiber development. Postdoc Nick Carpita was one of the first to measure the pore size of plant cell walls. Another real favorite of mine is the work of Estie Shedletsky, who showed that when adapted to growth on an inhibitor of cellulose synthesis, cultured plant cells can adjust in amazing ways to survive and divide with essentially no cellulose in their walls—work that also shed light on how wall polymers interact and highlighted the ability of plants to adapt to adverse conditions. From work at The Rockefeller Foundation, I am most proud of my discovery of very talented young Africans, many of whom have gone on to be productive scientists in their home countries. Finally, I have been told I have been a role model for many young women scientists, and if so, I am very proud of that. And I’m so proud of all who mentored me and were mentored by me.

So long ago I can’t remember! I started going to meetings when I was a postdoc with Peter Albersheim, and I have attended them regularly since then.

How did the Society impact your career, and what was your motivation for becoming a Founding Member of the Legacy Society?

The early annual ASPP meetings were held at universities, and one of my first memories was of being dragged off to a noisy dorm room packed with faculty, postdocs, and students. Harry Beevers was leading the crowd in his British voice, bellowing “Lloyd George knows my father, father knows Lloyd George!” to the tune of “Onward Christian Soldiers.” There were so many of the “famous” folks of the day there acting like crazy kids—F. C. Steward, Folke Skoog, Joe Varner, Russ Jones, Maarten Chrispeels. Meeting them informally opened the door for talking to them in more serious venues. Equally important were the following: my first short scientific talk, the first session I chaired, my first committee membership, my first major symposium talk, serving as president of the Society, and later receiving the ASPB Leadership in Science Public Service Award and the Charles Reid Barnes Life Membership Award. All were key moments for me during the course of my career.

I give to a lot of charities and had never considered donating to ASPB. But I came to realize that ASPB is like a scientific home for me—many of my best friends have been members, the ASPB journals are my favorite place to publish, and annual meetings have afforded me opportunities to attend valuable symposia outside my own area of research and were a fabulous way to keep up-to-date for courses I taught.

Use meetings to enhance your visibility through posters, talks, committee work, and above all, networking. Do your degrees and postdocs at different institutions and not all on the same topic. Work hard to be a good speaker who displays confidence and doesn’t make the audience bored or nervous. Develop collaborations! Become a well-rounded person and enjoy life beyond just science.

ASPB members share a common goal of promoting the growth, development, and outreach of plant biology as a pure and applied science. This series features some of the dedicated and innovative members of ASPB who believe that membership in our Society is crucial to the future of plant biology. If you are interested in contributing to this feature, please contact ASPB Membership at info@aspb.org.