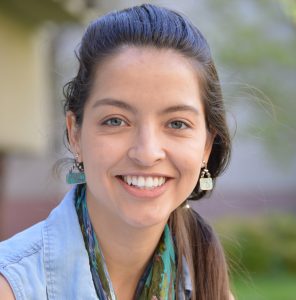 After enough people recommended the fellowship, Jenna finally applied and became a fellow in 2017. Through the 10 weeks at The Washington Post, she learned how to write journalistically, which applied to almost everything she did onward. “It was a lot of fun and very independent. My editor taught me what made a good story, and I was able to start pitching my own ideas a little way in,” recounted Jenna. For example, her plant biology background inspired a piece to explain myths in agriculture and her scientific critical thinking skill helped her dissect why news about nutrition science could be misleading. In between identifying a story and writing up an article, she spent a lot of time conducting interviews, which was her favorite part of the experience; talking with authors about just-publishing manuscripts and people who agree or disagree with the results enriched her news articles with depths and perspectives.

After the fellowship and graduate school, she did a non-traditional, writing heavy postdoc, where she finished up manuscripts from previously done experiment results in addition to doing her own research. Later, connected through the Colorado-based organization Academic Industry Alliance, she became a writer in Samba Scientific, an ad and media strategy agency with a focus on life science. “I am still using the skills that I learned from the fellowship and PhD, including understanding scientific literatures, picking up vocabulary, and telling a compelling story. I used to read a lot of press releases during the fellowship. Now I am in the position of writing press releases, so it really helps to know what the other side sees,” added Jenna.

The fellowship helped develop essential skills as well as making Jenna realize that she doesn’t want to be a science journalist: “Unlike academia where the writing pace is slow and manuscripts are reviewed by many people, it was exciting but nerve wrecking to produce a news story within a few days as a journalist. The pace of my current position is ‘a happy medium’ where we still carefully examine the content we produce but within a relatively reasonable amount of time.” Jenna encourages students to branch out and learn skills that may pave the way for future careers. In her own case, serving as an assistant features editor for The Plant Cell and writing for The Conversation both further strengthened her interest in science communications. “Don’t wait until the end of your PhD to think about potential career paths,” said Jenna.