On November 8, the National Science Foundation (NSF) announced that it is accepting recommendations for members of a new STEM[1] Education Advisory Panel.  This panel will provide input to the interagency Committee on Science, Technology, Engineering, and Mathematics Education (CoSTEM), which is made up of agency leads for STEM education and coordinates STEM education programs across the federal government.  In particular, the panel will advise on any changes or updates to the Federal STEM Education 5-Year Strategic Plan, which is slated to be updated in 2018 by CoSTEM and the White House Office of Science and Technology Policy.  The previous 5-year plan was released in May 2013 under the Obama Administration.  The formation of the new STEM Education Advisory Panel was congressionally-directed in the American Innovation and Competitiveness Act, which became law in January 2017.  Congress established the panel to ensure stakeholder input in STEM policies following the controversy surrounding the Obama Administration’s proposed STEM consolidation in 2013.

As directed by Congress, NSF is leading the process to choose members of the STEM Advisory Panel in consultation with the Department of Education, National Aeronautics and Space Administration, and National Oceanic and Atmospheric Administration.  The panel, made up of at least 11 members, will provide recommendations to CoSTEM on federal STEM education programs at all educational levels and environments ranging from pre-kindergarten, K-12, undergraduate, graduate, informal, and workforce.  Qualified nominees are broadly characterized as those with “recognized knowledge, expertise, or demonstrated ability” related to STEM education.  Committee membership will “primarily be individuals from academic institutions, nonprofit organizations, and industry, including in-school, out-of-school, and informal education practitioners.”

Nominations should be sent to Nafeesa Owens at stemedadvisory@nsf.gov, and are due by November 30, 2017.  NSF will accept nominations annually for future openings on the panel. 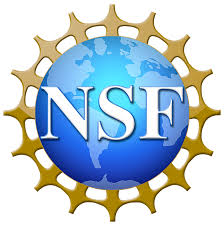