We had many excellent proposals submitted for the second round of the the “Teaching Tools in Plant Biology” competition, from which we selected two for further development. The competition has one additional submission deadline December 31 2015, and full details can be found at https://blog.aspb.org/2015/03/02/share-your-enthusiasm-teaching-tools-submission-competition/.

Here are the two winning proposals and their authors from the second round of submissions.

Root system architecture quantification: why and how?, by Benjamin Lobet and Guillaume Lobet 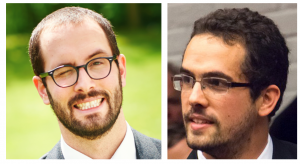 systems (e.g. water and nutrient uptake). In the third part, we will present computational approaches used for root system architecture quantification, including setups for image collection and analysis. We also will introduce the unified Root System Markup Language. Finally, we will explore the different data analysis procedures that can be applied to root system architecture quantification, with a strong focus on multidimensional descriptions, moving from classical approaches to more recent ones.

Guillaume Lobet (left) is a FNRS postdoc at the University of Liege, in Belgium. His current research aims at studying the interplay between the root and the shoot development in the model plant maize (Zea mays), with a focus on events occurring before and after the floral transition. He also loves to develop image analysis and phenotyping tools to help researchers in their scientific workflow. He is the curator of the plant-image-analysis.org website that references all the image analysis tools available for the plant science community.

Benjamin Lobet (right) is a FRIA PhD fellow at the Université catholique de Louvain in Belgium. His research aims to analyze the plasticity and the genotype-environment interactions of major dynamic traits underlying the root architecture of maize. He is a member of Xavier Draye’s lab, where the contribution of roots to agronomical performances in suboptimal environment is studied.

It’s not easy being not green: the making of a parasitic plant, by Caitlin Conn and David Nelson

Parasitic plants attack many important crops, causing annual losses that affect millions of smallholder farmers and cost billions of dollars. Parasitic plants will provide a valuable teaching tool topic because they illustrate concepts in convergent evolution, host-parasite arms races, and plant ecology, and their agricultural relevance will appeal to many students. This teaching tool will have three major sections and learning objectives. First, we will introduce parasitism in plants and identify convergently evolved traits among parasitic plants with independent origins of parasitism. Second we will discuss adaptations that allow parasitic plants to thrive as agricultural weeds. Third, we will explore in detail the evolutionary a 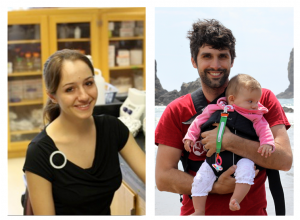 nd molecular mechanisms of one of these adaptations, host-triggered seed germination.

Caitlin Conn is a PhD candidate in the University of Georgia’s Department of Genetics. She earned her bachelor’s degree at the Pennsylvania State University, where she studied the evolution of Caribbean lizards. She is now a member of Dave Nelson’s lab, where she researches the evolution of host detection in parasitic weeds. She hopes that her work will pave the way for the development of more effective parasite control methods.