This week we feature an article that will be interesting to different people for different reasons. The main thrust is to uncover the genetic basis for the black rice trait, which the authors trace through an elegant and comprehensive analysis and by sidestepping a few red herrings. For those who are engaged by the broader context and application of the work, there are subthemes of folklore, history and the roots of traditional medicine. All in all, it’s a terrific choice for your next journal club or class discussion.

The short version of the paper is “It’s an R gene”. R genes encode bHLH (basic helix-loop-helix) transcription factors and regulate pigmentation by activating anthocyanin genes. Therefore, R gene activity often can be detected visually. These genes have a long history of genetic study, including in Zea mays; see for example Emerson, (1921) and Ludwig and Wessler (1990). R genes are functionally conserved and have been characterized in many plants and cell types; see more in Jaakola (2013) and Ramsay and Glover (2005).

As the name indicates, black rice has a black grain. Although it is grown in many countries, until recently the origin of this trait was unknown. Previously, Maeda et al (2014) mapped the black rice trait to a locus including Kala4. Oikawa et al (2015) showed that Kala4 encodes a bHLH gene that is a rice homolog of the maize R gene, which had previously been reported as OSB2 (Sakamoto et al., 2001). Oikawa et al. examined the Kala4 locus in 21 black rice varieties present in aus, indica, tropical japonica and temperate japonica cultivars. In the black varieties, ectopic expression of Kala4 leads to expression of anthocyanin biosynthesis genes in the pericarp (the outer covering that is milled off when brown rice is converted to white rice. Red rice expresses proanthocyanidins in the pericarp, see Sweeney et al., 2006 and Sweeney et al., 2007).

They further investigated the genetic architecture around Kala4 in a several black, white and red rice varieties. The “red herring” of the story is that they detected a difference in methylation between many of the black and red or white accessions, but ultimately found that this difference is not universal and not causative. Further study identified a DNA duplication event at the 5’ end of the gene that is correlated with kala4 expression and causal for the black trait. For a journal club discussion, be sure to download the supplemental data to see the results of their very thorough analysis and to emphasize the point that the first “solution” found isn’t always the correct one.

Folklore says this rice once was eaten exclusively by the Emperor to ensure his longevity, lending it the name “Forbidden Rice”® or “Emperor’s Rice”. History says that it was reserved for special occasions. Traditional Chinese medicine recommends it for the elderly (Newman, 2004). Studies of grape, blueberries and other anthocyanin-rich foods have established that anthocyanins can have nutritional and health benefits. Similarly, the pericarp of black rice has been confirmed to contain beneficial 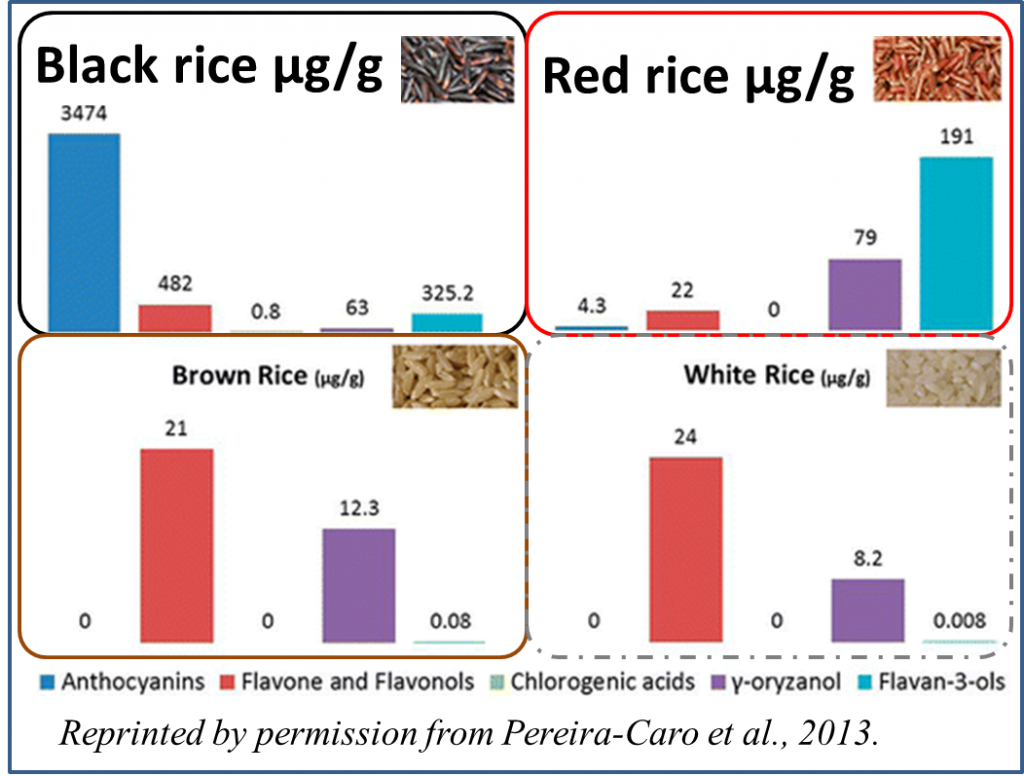 anthocyanins, and its anti-oxidant activities have been confirmed in vivo and in vitro (see for example Pereira-Caro et al., 2013; Tanaka et al., 2011; Zhang et al., 2010 and Zhang et al., 2013). Thus, the empirical tools we have today support traditional claims of this rice’s health benefits.

Oikawa et al. found that a very small genomic region around the black Kala4 allele has been retained in different cultivars, which indicates that there has been selection for the trait. Their studies also indicate the black trait arose post-domestication. Together these results indicate that the trait was spread beyond its site of origin to other cultivars through “crossing and artificial selection of the black rice trait by the ancient people”. It’s fascinating to consider if and how these ancient people understood the physiological benefits of black rice. It’s also fascinating to realize that what was once forbidden can now, with a few clicks, be delivered to your door; black rice is available through Amazon and several online gourmet and healthfood vendors. 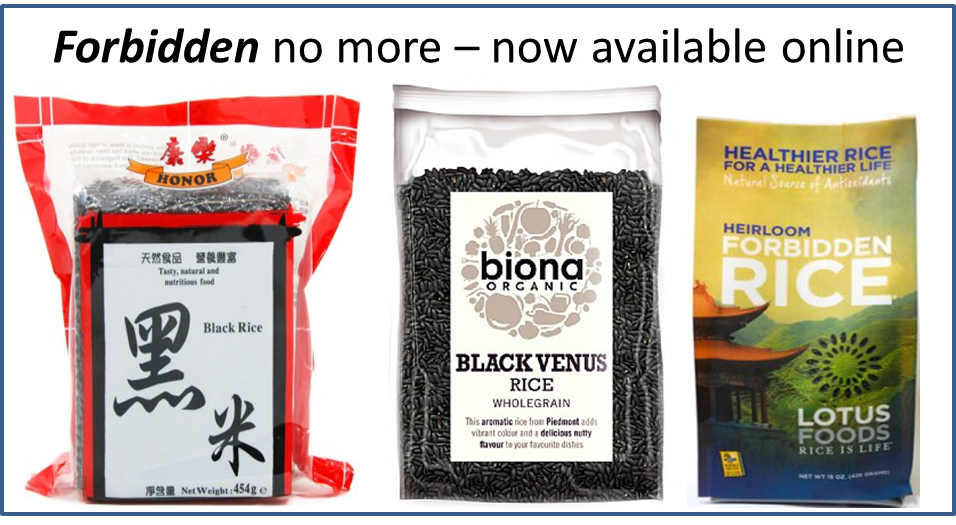 If you want to go beyond the findings of this paper, here are a couple of additional articles on rice domestication and the regulation of anthocyanin production to enrich your journal club discussion:

2 thoughts on ““The Birth of a Black Rice Gene”: Empirical evidence for Emperor’s Rice”