What a fabulous starting day for Plant Biology here in sunny Honolulu Hawaii!

The day started bright and early with 3 concurrent workshops: Primarily Undergraduate Institute Workshop, A Discussion of the Future of Plant Science, Introducing RNA-Seq Data Analysis with R and Integrated Genome Browser, and Talk Story and Communication in Hawaii and the Pacific Rim.

I attended the PUI workshop which was very informative, focusing on what individuals, departments, and institutions can do to encourage faculty research efforts. Rishi Masalia attended the PRSN workshop and posted a nice wrap-up video. From what I heard the other two workshops also went wonderfully.

After lunch, the first Major Symposium got underway featuring talks on the sustainable use of N and P in Agriculture. Phil Robertson from Michigan State University spoke about balancing the costs of nitrogen in agriculture. I was unaware that most of the nitrogen loss from soil happens during the off-season as cover crops consume a great deal of nitrogen. Next was Helen Jarvie from the Center for Ecology & Hydrology in Wallingford, U.K. speaking about the pivotal role of phosphorus in water, energy, and food security.

Phosphorus optimization is going to require better land management and finding ways to utilize phosphorus waste as a resource. Jonathan Lynch, Penn State University, discussed how root phenotypes can indicate certain stress tolerances. For maize, steep, cheap, and deep roots are better for nitrogen limitation and drought, but often the opposite is true for phosphorus limitation success. Finally, John Peters, Montana State University, presented on nitrogen fixation a process currently limited to legumes. He suggested engineering plants that have the ability to form symbiosis like legumes, transforming mitochondria to fix nitrogen within the plant cells, and/or engineering new and improved nitrogen-fixing microbes.

Following a short break, the 2017 ASPB Award winners were honored.  Jiri Friml, the 2016 Charles Albert Shull recipient, spoke about his current work on auxin signaling, including some very interesting videos and a microscope that rotates to allow real-time viewing of root curvature. Gloria Coruzzi, 2016 Stephen Hales recipient, gave an excellent presentation on identifying transcription factors involved in the 4th dimension, time, on nitrogen signaling in plants. Lastly, Kevin Folta, 2017 Leadership in Science Public Service Award recipient, gave an inspiring talk on science communication and leading with your heart and not your logic. 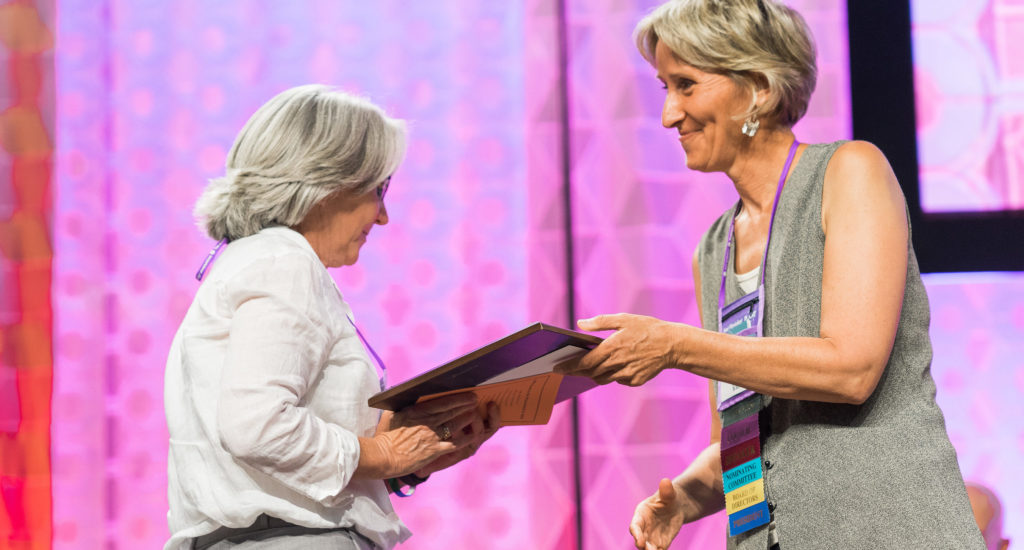 The evening was capped off with a welcome reception on the roof of the convention center, where we could enjoy the warmth and sunshine of Hawaii. Beyond the lovely atmosphere, the discussions and networking were lively. The annual Tweet-Up was a success, inspiring a few people to reactivate their long-neglected Twitter feeds. And to think this was just day 1! Imagine what the rest of the week will bring.

Additionally, Pitch Your Science, Draw Your Science, Tool Swap, and Selfies were happening throughout the day and will continue for the rest of the conference. 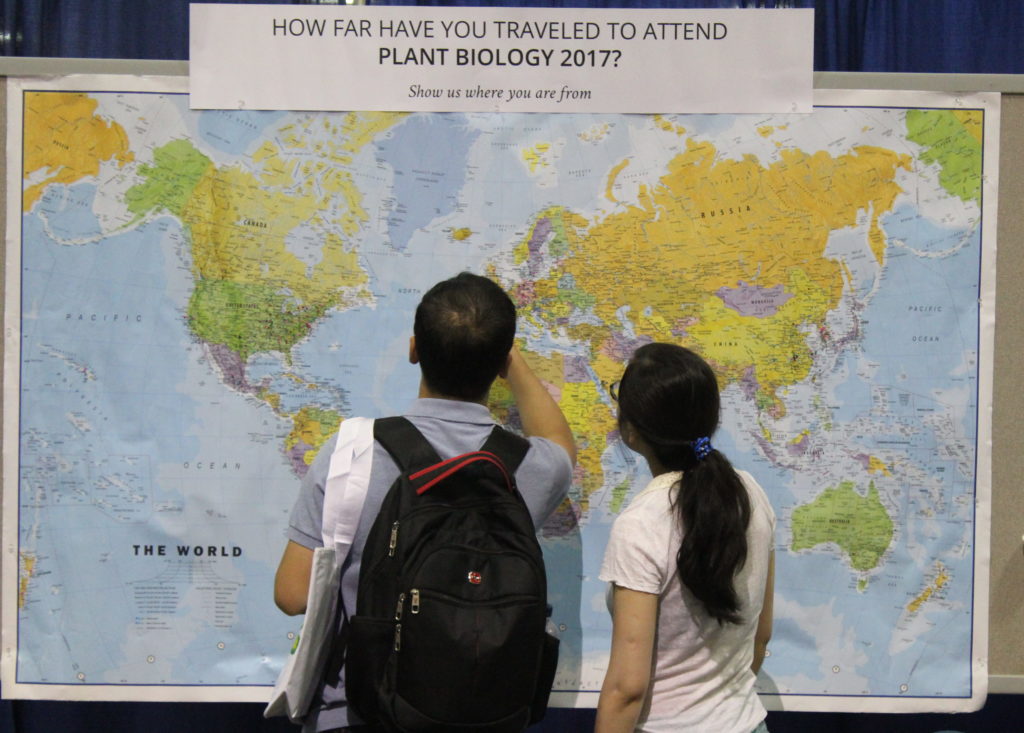