This Research in Focus is reprinted from an In Brief by Science Editor Jennifer Lockhart in The Plant Cell, which summarizes a new article by Wilkins et al. This study explores stress response networks in rice using by combining chromatin accessibility analysis with co-expression data and network inference algorithms.

Heat and drought stress greatly restrict crop productivity, but most of what we know about a plant’s response to these stresses comes from controlled laboratory studies. This factor, along with the complex nature of these responses, has hampered efforts to breed and engineer crops with improved stress tolerance. Plants respond to fluctuating environments through the altered expression of numerous genes whose transcription is tightly coordinated. Enter the EGRINs (environmental gene regulatory influence networks), which orchestrate the timing and rate of transcription of these genes in response to environmental signals. Transcription factors (TFs), comprising the core of EGRINs, interact with conserved regulatory elements in genomic DNA to modulate their expression. Since plants can’t run away from their environments, they likely have scores of EGRIN modules that help them cope with changing environments. To date, most EGRINs have been identified using algorithms based on transcriptome data under the assumption that gene expression patterns can be used to predict the relationships between TFs and the genes they regulate. However, simply identifying groups of genes that are co-expressed under stress conditions fails to capture the complexity of these interactions. Since EGRINs affect chromatin availability in multiple regions of the genes they regulate, Sullivan et al. (2014) used changes in chromatin accessibility and the identification of transcription factor footprints, rather than changes in gene expression, to identify putative stress-responsive transcriptional networks in Arabidopsis thaliana. 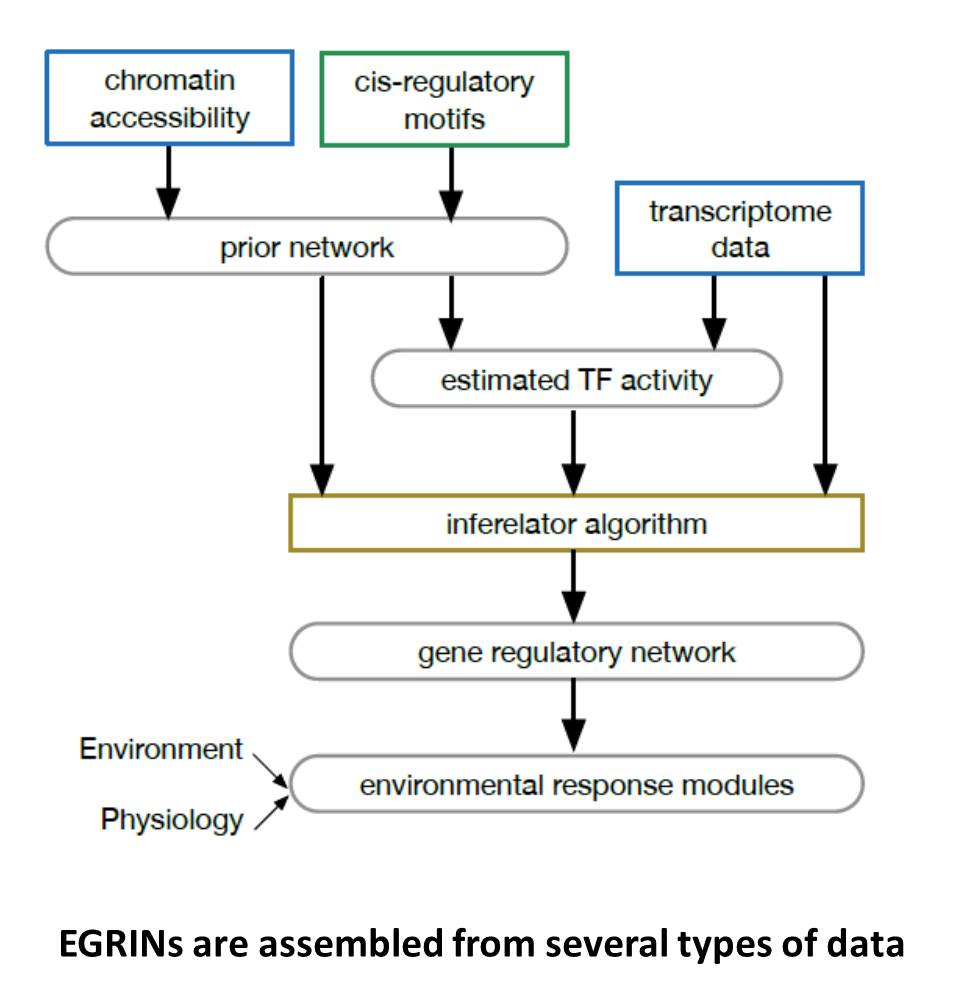 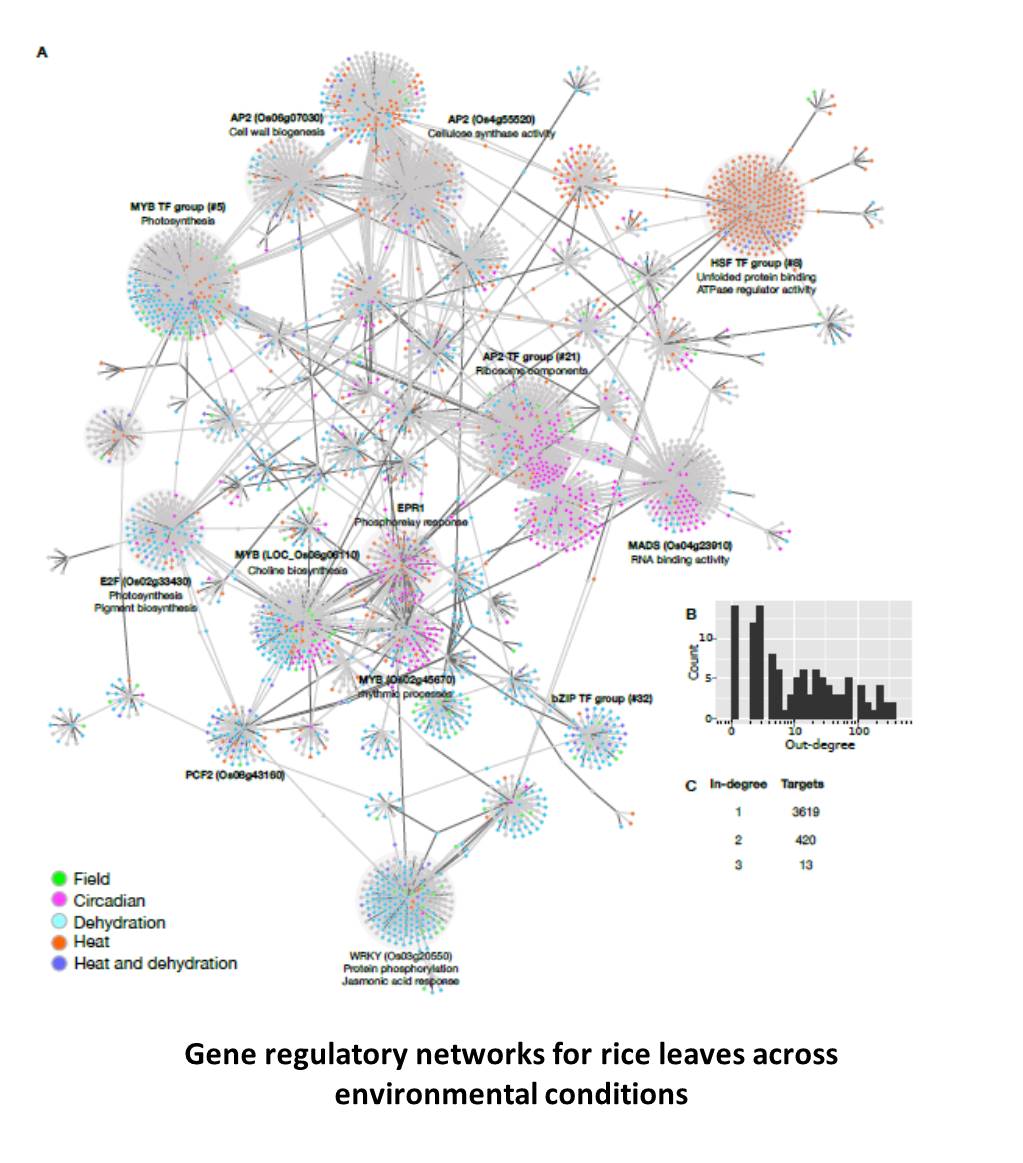 This analysis uncovered possible EGRINs involving 4,052 target genes regulated by 113 TFs. Most TFs appear to regulate target genes in response to a single stress treatment, whereas a small number of TFs regulate their targets under multiple stress conditions. The use of data from both growth chamber- and field-grown plants allowed the authors to infer EGRINs that function in response to both rapid, controlled stress conditions and fluctuating environments in the field, producing an unusually rich set of data. The EGRINs inferred in this study could be refined and may some day be used to identify high-priority targets for plant breeding and biotechnology programs, fulfilling the dreams of biologists and farmer alike. 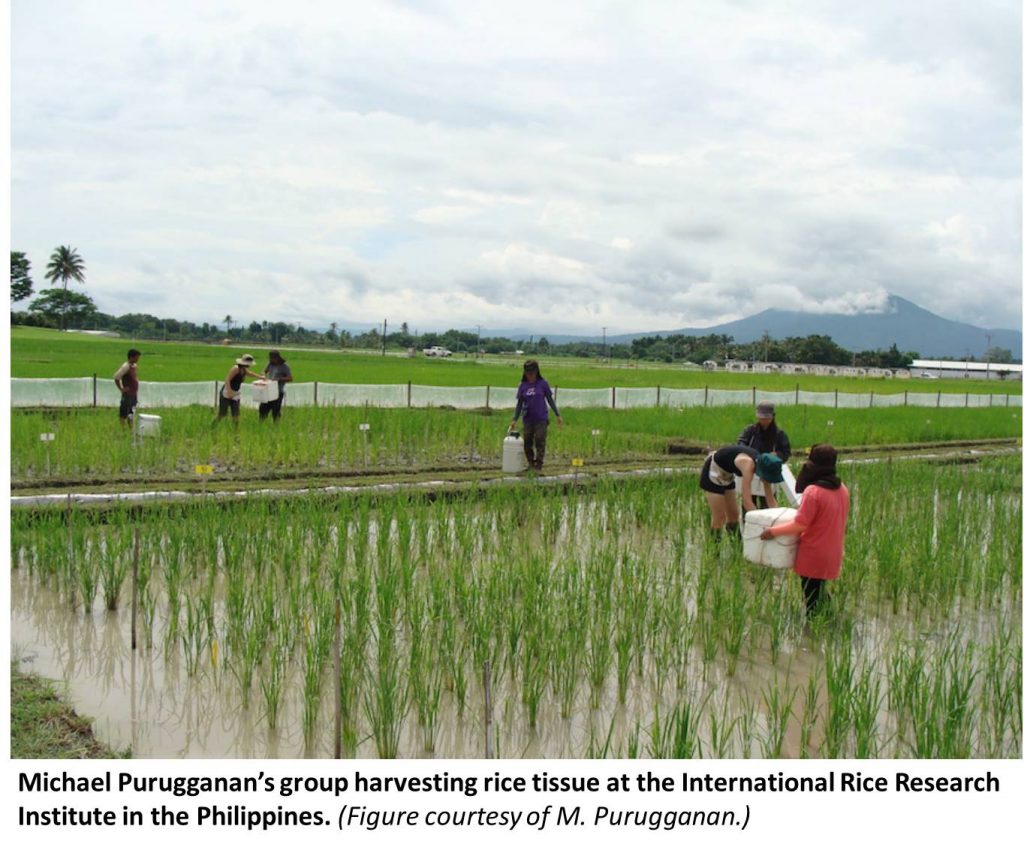 Greenfield, A., Hafemeister, C., and Bonneau, R. (2013). Robust data-driven incorporation of prior knowledge into the inference of dynamic regulatory networks. Bioinformatics 29: 1060–1067.