Major symposia 4 organized by Philip Benfey was on long and short distance signaling between cells in plants.

Benfey started off with a remark that plant cells are constantly communicating with one another, with neighbors and cells in entirely different parts of the plant. He then said “social media has nothing on plant cells”. That is likely true as social media is a single input, albeit with many possible outcomes, but they are all of a similar family: people reacting. Plant cells have multivariate inputs of many different kinds (water status, nutrient status, Gravity, light, microbes to name a few) that all require balancing for a given environment/condition.

The ABC of SHR and SCR downstream targets by Benfey – in lateral roots carotenoids are coming into play #plantbio16 pic.twitter.com/f1G8V4i6od

Benfey’s talk focused on how cells determine what their identity should be and the suite a transcription factors and hormones regulate cell division as well and ended with dynamic imaging of transcription factors in action to test computational models of how transcription factors interact. He also talked about projects on root oscillations (as measured by the DR5 auxin reporter) signals determining pre-branch sites and some new results suggesting carotenoids inhibit pre-branch sites, and ribosome profiling for small peptides affecting cell identity (small peptides were a real theme at Plant Biology this year).

Next was Jennifer Nemhauser of the University of Washington gave an excellent talk on her work exploring how auxin acts as a long distance signal in plants, but also how the core signaling pathway works, by porting the auxin signaling pathway into yeast and studying its dynamics there using synthetic biology. One cool thing about her talk was showing that differential rates of degradation of an AUX/IAA protein could be a part of timing developmental processes, like lateral root emergence rate.

Nemhauser starts w/ an active learning exercise: name something amazing plants do to your neighbor. What say you Twitter? #plantbio16

Nemhauser ended with a tribute to her grandfather, who got her into plant science in the first place.

Jennifer Nemhauser ends #plantbio16 talk with beautiful tribute to her grandfather & a reminder that we do not research in a vacuum. Kudos!

policy makers pls note: high impact research is due to talented scientists which in turn is possible only with funding support #plantbio16

Ykä Helariutta talked about vascular differentiation and the back and forth Cytokinin and auxin have in specifying each tissue type as well as transcription factors involved.

The last talk in the morning session was also about long distance signaling in plants from Yoshikatsu Matsubayashi on mobile peptides mediating systemic nitrogen demand. These small peptides also require peptide receptors, the combinations of which are vast and and most are still unknown. Matsubayashi’s talk focused on one particular peptide involved in long distance signaling and nitrogen status of the plant that required grafting experiments as well as getting exudat from xylem.

#plantbio16 Yoshikatsu Matsubayashi, Nagoya Univ: only ~30 ligand-receptor pairs have been studied~ in Arabidopsis (= ~5% of possible pairs)

#plantbio16 YM now showing how they collected xylem sap to then identify CEPs transported to the shoots. THIS IS HARD!

There was a session organized and presented by some of the authors in the recent National Academies report on Genetically engineered crops that was well attended. The conclusion can be summed up concisely:

It's the product, not the process – GE Crops. #plantbio16

It is also true that current GE crops on the market take up 12% of farmed land:

The day ended with the town hall meeting with a report on the society. ASPB has launched Plantae, the digital ecosystem for plant sciences. Plantae is designed to tighten the plant science community and let us get our message out as a united group to other audiences whether other scientists, policymakers, or the public.

ASPB will also offer more conference logistical support and organize more conferences leaving the programming side up to scientist organizers. Both Plant Physiology and The Plant Cell are changing with the times and providing a better outlet for plant scientists to publish their work, complete with more rapid turnaround times for review decisions/peer review. To be more consistent, multiple editors, at least at The Plant Cell see submissions at every stage of the review process.

The financial health of the society is healthy, though new investments for the future mean spending down the current cash and investments for the next year or two and some programs may have to be cut back.Because the society is very dependent on journal subscriptions, they are investing in new ventures to diversify, but in the mean time, there will have to be cutting spending until revenue from investments turns around. ASPB is seeking to diversify revenue streams (see the meeting organization idea above), however, investing in those does cost money.

The elevator pitch video competition was won by rapturous applause by Arkadipta Bakshi.

In the open call for comments, a commenter made the point that conducting a job search and finding a career- in science or beyond does need to be addressed (your correspondent is acutely feeling that this year as I look to find my next career beyond the bench). Sabeeha Merchant pointed out that some institutions are addressing this and that looking beyond the bench is key for many (a vast majority of PhDs and postdocs do not go on to be full time academics anymore).

A consistent theme and a comment pointed out that there’s a lack of work flow knowledge when it comes to large datasets science is becoming increasingly dependent upon. Your correspondent has to agree that dedicating a session or perhaps a Plantae group to this topic in the mean time would be worthwhile.

With that, Richard Dixon thanked the hard working staff of ASPB who really do amazing things to put on Plant Biology each year. If you see one of them, say thank you. 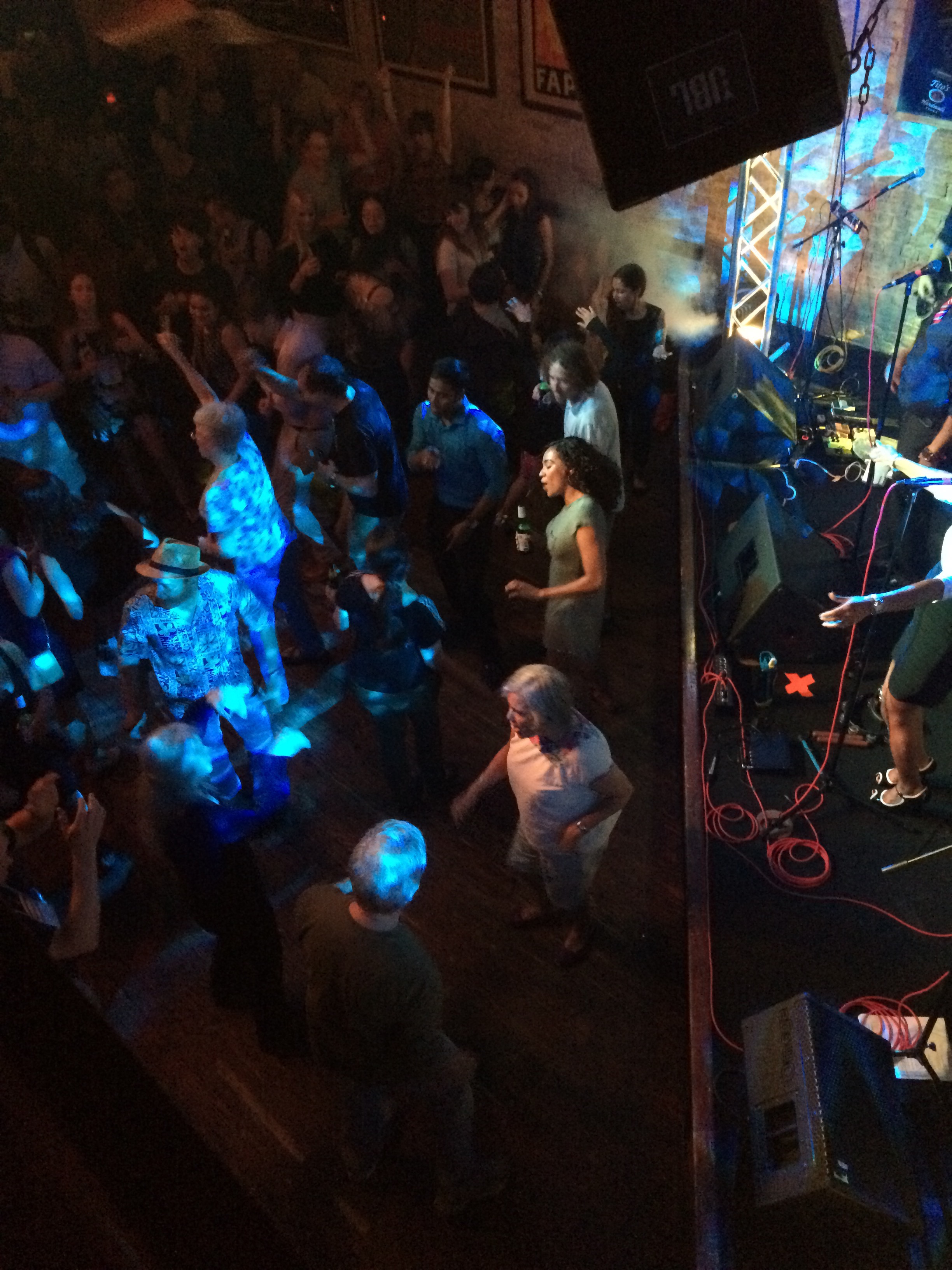 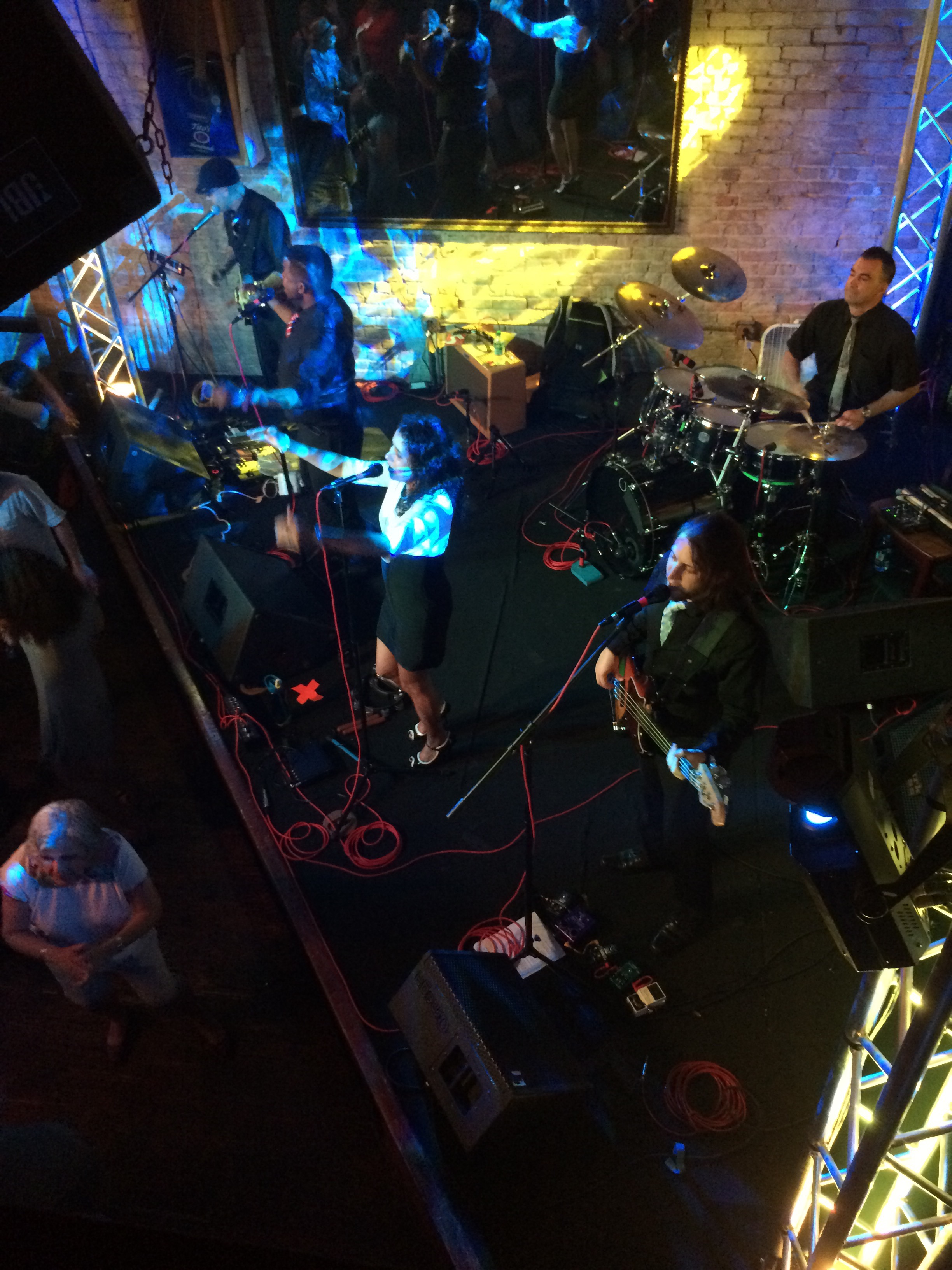 The Nines rocked Speakeasy for 3 hours, did 4 encores and plant biologists filled the dance floor all evening long, talked, used the in-house bowling lane and chatted on the rooftop.

For a full list of tweets about the minisymposia, and other social media goings on at Plant Biology day 4, the storify of the day is published here.