On September 28, Congress passed a continuing resolution (CR) to fund government operations through December 9.  With only two days to spare before the end of the fiscal year and a government shutdown, the bill passed with rare bipartisan support, with a Senate vote of 72-26 and a House vote of 342-85.  The CR funds almost all federal agencies and associated programs and projects at fiscal year (FY) 2016 levels and prohibits federal agencies from starting new programs, projects or activities.  Funding decisions and awards that require FY 2017 funding will be delayed.  The one exception is a final FY 2017 spending package that provides a four percent increase for the Department of Veterans Affairs and military construction projects.  The CR also includes $1.1 billion to respond to the Zika virus and $500 million in flood relief for Louisiana, West Virginia, and Maryland.  The funding for Zika research is primarily for the Centers for Disease Control and Prevention to study the long-term health impacts of birth defects caused by the virus and the National Institutes of Health to advance a potential vaccine through Phase II clinical
trials.

Congress has until December 9 to pass the remaining 11 appropriations bills, pass another CR, or pass an omnibus bill—a large catch-all spending bill for FY 2017.  Since there is little support for passing an omnibus bill by Members of the House, including the current Speaker of the House, Paul Ryan (R-WI), a more likely alternative may be passing a few bills at a time, called minibuses, that may include three or four spending bills.  If Congress does not pass these bills by December 9, it can pass another CR until the end of the year or into next year to allow time for more negotiations.  Two significant factors that will impact the likelihood of completing appropriations bills by the end of the year are the outcome of the Presidential elections and which party controls the Senate next year.  Some Members of Congress may want to push funding decisions until next year if they feel the election outcomes will improve their negotiating positions.

Lewis-Burke will continue to follow congressional action on appropriations bills and provide updates as necessary. 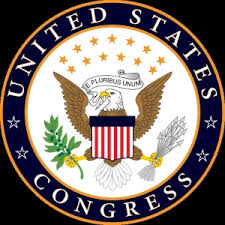