Interested in science communication? Look no further. The AAAS Mass Media Science & Engineering Fellowship carries out the mission to increase public understanding of science and technology. Over the past decades, more than 700 scientists have gone through the 10-week summer program and explored the realm of science journalism. ASPB has been a proud sponsor of the fellowship and would love to foster our community members to become engaging science communicators. We interviewed our recent ASPB/AAAS fellows to hear about their experiences in the program as well as how the program pivoted their careers and perspectives. We will feature the alumnus spotlight in the next two weeks. 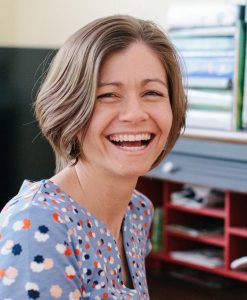 While working as a science writer at the NIH after receiving her PhD, Carolyn wanted to transit from science communications to science journalism but wasn’t sure how to make the jump. “A number of journalists suggested the AAAS Mass Media Fellowship as an ideal way to launch my journalism career. I was thrilled to be assigned to NPR’s science desk where I covered a wide range of topics—from the science behind Michael Phelps’ cupping practice to why a pregnant woman may ‘waddle,’” described Carolyn. She found her love of food science writing when writing for The Salt (part of the science desk covering the culture and science of food): “Before writing for The Salt, it had never occurred to me just how much I have to say about food! I found that I could delve into my own personal experiences with food while also drawing on the expertise of food scientists, chefs, and growers.” For example, one of her favorite stories was about the culinary applications of hing, a popular Indian spice, by interviewing her father-in-law, chefs, and food chemists.

After the fellowship, Carolyn was hired as a staff writer for Front Matter (the science news section of the Proceedings of the National Academy of Sciences). She is now a full-time freelance science journalist covering food, agriculture, and health for many outlets, including PNAS, Science News, New Scientist, and Slate. Her two recent agricultural stories are: how plant breeders are turning to artificial intelligence to quickly breed crops that can thrive in the changing climate (PNAS) and recent scientific explorations of terroir—the idea that a crop’s growing environment can influence flavor (Science News). She recounted: “The fellowship gave me the training and confidence to work as a professional journalist. I love that I get to draw on my academic expertise in plant ecology and evolution while covering a topic that interests a broad readership.”