I don’t know if the book/film The Martian will have a lasting impact on plant science, but it certainly added some thrills to the plant scientists’ year. The story features a space-stranded botanist (although some argue he should have been described as a horticulturalist) who had to grow plants to feed himself until a rescue ship arrived. The book had more science, but the film had Matt Damon, and according to Wikipedia it was the 10th highest grossing film of 2015. From earlier this year, here are previews written in this blog and the Annals of Botany blog in which I and Alun Salt hope for a stimulation of interest in all things plant science, as well as a collection of other articles that highlight the (plant) science within The Martian. In terms of numbers of people reached, The Martian must be the top outreach effort of the year (and interestingly, both Alun and I observed that our posts about The Martian were amongst our most popular posts of the year). It didn’t hurt that real life paralleled this story, with astronauts on the International Space Station sampling home-grown lettuce just in time for the film premiere.

May 18th was the third international Fascination of Plants Day. More than 950 events in 54 countries took place to highlight “the importance of plant science for agriculture, in sustainability producing food, as well as for horticulture, forestry, and all of the non-food products such as paper, timber, chemicals, energy, and pharmaceuticals”. Visit the website to read success stories from many countries and for inspiration for your own outreach efforts, and revisit the fun by perusing the @PlantDay2015 Twitter stream.

This may be the year in which for many people the penny finally dropped and they recognized that we’re experiencing a changing climate. Across the globe, this year’s record-setting global temperature brought with it record-setting droughts, fires, storms, diseases, deaths and phenological changes (see references here and here and here and here). For years, scientists have been trying to raise awareness of the coming Perfect Storm brought about by increased food, energy and water demands colliding with the disruptions of climate change. Perhaps seeing the effects of climate change affecting their own lives is the nudge needed for people to vote and act in a way that helps mitigate upcoming challenges? Certainly as compared to previous years I’m finding it much easier to explain why scientists are trying to breed drought / heat / flood / disease tolerant plants and better biofuels. We can expect public interest in plant science to keep growing – 2016 is forecast to be even hotter.

This year has seen tremendous growth in the use of social media (including Twitter, Facebook, blogs, etc) by and for plant scientists. If you haven’t explored this mode of communication and networking, here’s a guide to get you started on Twitter, which also includes some recommended Twitter accounts to follow.

Blogs are great ways to share information; you can get your news out quickly, there’s no paper, printing or postage involved, and by allowing comments you can get feedback on your news. Most organizations have a blog, but there are only a few blogs that specialize in plant sciences. Here are several active plant science blogs that we follow, published by individuals or organizations (drop us a line if you have other suggestions, we’d be happy to expand this list). 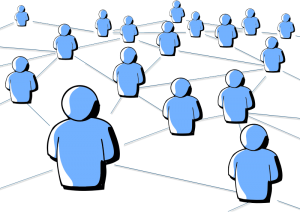 All under one leaf (UK Plant Science Federation)

In Defense of Plants

Morsels for the Mind (Within each post, scroll down to Beautiful Botanicals)

The Botanist in the Kitchen

New Under The Sun (Johnna Roose)

As communicating by social media becomes more and more important, it becomes harder to track, filter and find the information you need. This is one of the reasons that ASPB, in partnership with the Global Plant Council, is developing Plantae, which among other things is “a platform to curate, share, and discuss the latest plant science research”. We’re still working on search optimization and other challenges, but look forward to sharing it soon as the go-to spot for all your plant science needs. Stay tuned!

It’s traditional at the end of the year to survey the most successful communications of the year. The most widely shared and viewed post across the ASPB social media channels was the Booo-tany post about plants with spooky themes, in honor of Halloween. The Annals of Botany blog has been highlighting their most viewed posts of 2015 – find them here. Our colleagues at the Global Plant Council surveyed many social media sites and came up with their selections for the Most Influential Plant Science Research of 2015 – can you guess what they selected? Another popular effort was the multi-authored end-of-year #AdventBotany rundown of seasonal plant posts, hosted by Alastair Culham at the University of Reading. Finally, we recognize the impressive outreach efforts of the American Chestnut Research and Restoration Project.

And then there’s this from the BBSRC, one of the most effective appeals to support plant science I’ve ever seen:

And this one too:

What were your top attention getters this year? What can we expect to grab our attention in 2016?

Want more of the Best of Plants 2015? Check out Headline Makers, Most Influential Plant Science Research-Top 5, and Research Roundup.

3 thoughts on “Best of Plants 2015: Outreach and Communication”