For the past three months, we (Mary Williams and Plantae Fellows) have been profiling selected papers of broad interest to the plant science community. You can see all of our posts here: What We’re Reading. Early in 2017 we’ll be moving this feature to the new, soon-to-be unveiled public pages on Plantae (watch this space!). When hosted on that platform, the summaries will be searchable by the Tags we have been appending to the end of each summary.

We hope you have been finding this new feature useful; drop us a line if you have suggestions for improvements. If you’d like to contribute a short paper summary please contact mwilliams@aspb.org. Finally, best wishes for a happy, healthy, and most importantly peaceful New Year! 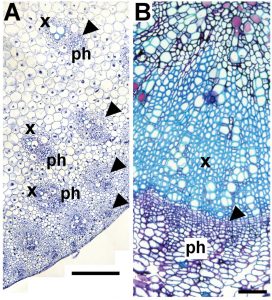 Opinion Paper: Bandwagons I, too, have known (reflections of a plant breeder) ($) 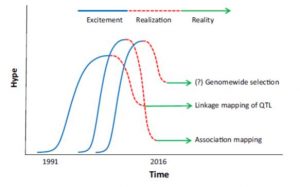 In this entertaining Opinion article written for the 150th anniversary of Mendel’s seminal work, Bernardo reviews “bandwagons” that have come and gone in plant breeding. Early bandwagons such as induced polyploidy are discussed, as well as more recent trends such as trangenics, molecular markers and QTL mapping, association mapping, and genomewide selection. He also summarizes the life cycle of a bandwagon, and concludes, “Bandwagons come in waves. A plant breeder, just like a surfer, needs to carefully choose which waves to be on.”  Theor. Appl. Genet. 10.1007/s00122-016-2772-5 Tags: Applied Plant Biology, Genetics 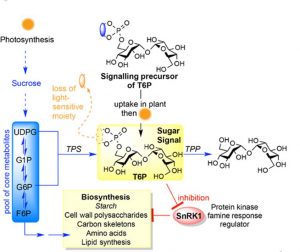 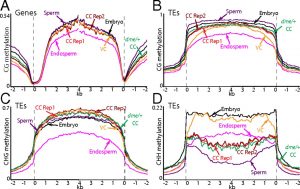 Three PNAS papers explore DNA methylation and/or small RNAs in plant reproductive development. In angiosperms, sexual reproduction is accompanied by DNA demethylation in certain tissues, particularly those that have a nutritive or supporting role.  Park et al. (10.1073/pnas.1619047114) show that in the endosperm this demethylation occurs on the chromosomes inherited from the central cell and requires DEMETER DNA demethylase. By contrast, DNA methylation is maintained in the gametes to ensure transmission of information across the generation. Hsieh et al. (10.1073/pnas.1619074114) show that pollen cells (both sperm cells and vegetative cells) have a greater efficiency of methylation maintenance than somatic cells. Finally, Fan et al. (10.1073/pnas.1619159114) show that photoperiod-sensitive male sterility (an important trait for hybrid seed production) is regulated by phased small-interfering RNAs (phasiRNAs), confirming that the phasiRNAs indeed have biological functions.  Tags: Gene Regulation, Genetics, Genomics, Molecular Biology 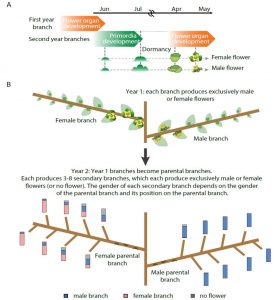 Although most flowering plants produce flowers with male and female parts, there are exceptions which are broadly classified as dioecious (two houses; each individual is male or female, usually associated with the presence of a sex chromosome) and monoecious (one house, separate male and female flowers in a single individual). Diploid persimmon plants are dioecious; the Y-chromosome bears a gene, OGI, encoding a small RNA that suppresses expression of a gene, MeGI, that promotes female flower development. Akagi et al. extend their studies to polyploid persimmon, in which plants are either female or monoecious. They show that the expression of MeGI is additionally regulated through two alternate DNA methylation states, conferring environmental plasticity to sex determination. Plant Cell 10.1105/tpc.16.00532 Tags: Gene Regulation, Molecular Biology 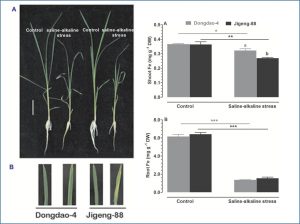 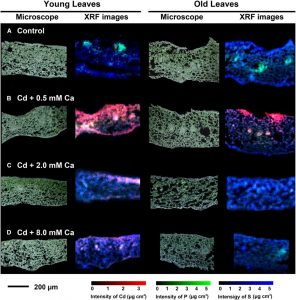 Cadmium (Cd) is among the most toxic heavy metal to humans. Contamination of Cd in soils poses a serious threat to both crop productivity and human health in many parts of the world. Understanding the molecular mechanisms of Cd transport process will help in developing plants for soil remediation and crop safety. Sedum alfredii is a nonbrassica plant species known to hyperaccumulate Cd. Tian et al. show that low calcium (Ca) supply significantly increased Cd contents in shoots particularly in the young leaves of S. alfredii. This paper also demonstrates that an extremely high Cd signal induced by low Ca supply occurred in the phloem tissues, but not in the xylem tissues. In summary, this paper strongly suggest that Ca deficiency triggers a highly efficient phloem transport system that remobilizes Cd out of its storage sites in plant tissues and subsequently enhances Cd localization in the new growth tissues of S. alfredii. (Summary by Mather Khan) Plant Physiol. 10.1104/pp.16.01348 Tags: Abiotic Interactions, Ecophysiology, Environmental Plant Biology, Growth Regulation, Transport 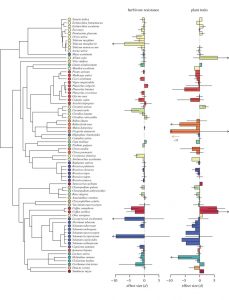 It is widely stated that domestication has contributed to a decrease in plant resistance to herbivory, but to what extent is this true? In a contribution to a special issue on “Human influences on evolution”, Whitehead et al. describe results of their meta-analysis. Although their data show a consistent reduction in herbivore resistance associated with domestication, the presence of secondary metabolites and physical feeding barriers was more variable. The authors conclude that the effects of domestication are mainly observed in the reproductive organs or the plant organ that is harvested.  Phil. Trans. Roy. Soc. B. 10.1098/rstb.2016.0034 Tags: Applied Plant Biology, Biotic Interactions, Ecophysiology 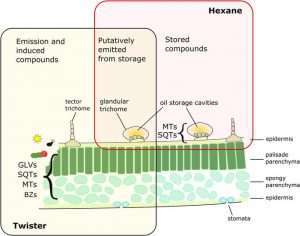 Tansy plants (Tanacetum vulgare L.) have diverse ethnobotanical uses including that of insect repellent, as a consequence of their production of volatile terpenes. Clancy et al. investigated the diversity of these emitted terpenes, and how they affect colonization by aphids and the ants that tend them in plants from a single field site. The authors show that the methods used to collect and analyze terpenes influences their findings. By using different methods, they identified compounds constitutively stored, induced and emitted, and emitted from storage, with the latter group showing stable profiles from individual plants and their clones. Further, the profiles of these emitted-from-storage compounds, including less abundant ones, were correlated with aphid colonization. Sci. Rep. 10.1038/srep38087 Tags: Biotic Interactions, Botany, Environmental Plant Biology