Enriched biodiversity provides resilience to an ecosystem; workplace diversity promotes innovations and achievements. ASPB has committed to enhance inclusiveness and build a diverse community. ASPB has provided the Recognition Travel Awards for students, postdocs, and faculty to attend the Plant Biology annual meetings. Members of groups underrepresented in the US scientific workforce or people who are directly supporting the education and professional development of students are encouraged to apply. We interviewed some recent award recipients to share their science journey and meeting experience. 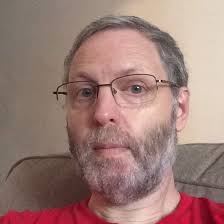 Starting with reading encyclopedia as a kid and lots of science fiction in high school, Pablo’s first science interest was astrophysics. Then, when he was 15, his wonderful biology teacher Ms. Silvia Marchand introduced him to the molecular and cellular aspects of biology, and he was fascinated by DNA and proteins and how they worked. At the time, he had also been interested in human evolution and archeology, so when he had to choose a career (which happened right after high school in Argentina), he was split between archeology and biology. Realizing that archeology involved a lot of being outside and digging under the sun, and being more of an indoor person, he went on to get his biology degree at the Facultad de Ciencias Exactas y Naturales (School of Sciences), at the Universidad de Buenos Aires. His first class was Molecular and Cell Biology, where Drs. Alberto Kornblihtt and Daniel J. Goldstein got Pablo “completely hooked into the inner workings of organisms and cells.” They became Pablo’s inspiration and they introduced him to the excitement of research: “32 years later, I’m still deeply involved in it!”

Evolutionary developmental biology (evo-devo) has fascinated Pablo ever since his undergraduate days: “Back then it was the time when the Hox genes were discovered, and I still remember reading the first paper where they proved that a mouse Hox gene could replace a fly one, demonstrating over 500 million years of conservation. The notion that you “do” evolution (changing phenotypes, that are then the raw material for natural selection) by tweaking developmental pathways is somehow very satisfying.” He went to graduate school at Yale University intending to work on evo-devo, but he decided that he needed to get a good understanding of developmental biology first. His current research focuses on how plant embryos are made, especially Arabidopsis embryo maturation and how different embryonic cell types exist in the right place at the right time.

For Pablo, the Plant Biology annual meetings have two beneficial parts: the talks and perhaps the more important part – networking. The talks allow him to see where the field is and what is cutting edge. As the only plant developmental and molecular biologist at a Primarily Undergraduate Institution (PUI), it is rare to have the opportunity to host scientist in his discipline, so the Plant Biology meetings provide the chance to reconnect with rest of the community. In 2020, he attended the meeting virtually: “Talks were good, although it was harder to focus when you are watching from your office, and there are other things demanding your attention. I did attend the PUI and the minority panels, however, and the conversations there were great.” The informal conversations and the networking are the most important part for Pablo: “I’ve had many ideas and a couple of collaborations arise from such interactions.” He encourages future meeting attendees and RTA recipients to make the most of the experience: “Not just attend talks about science, but also all the panels about the human aspects of the work (PUIs, teaching, minorities, etc.), where you can meet and connect with people you may not otherwise see in a large conference. And don’t forget those random conversations over a beer (or your beverage of choice)!”