Enriched biodiversity provides resilience to an ecosystem; workplace diversity promotes innovations and achievements. ASPB has committed to enhance inclusiveness and build a diverse community. ASPB has provided the Recognition Travel Awards for students, postdocs, and faculty to attend the Plant Biology annual meeting. Members of groups underrepresented in the US scientific workforce or people who are directly supporting the education and professional development of students are encouraged to apply by February 3, 2021. We interviewed some recent award recipients to share their science journey and meeting experience. 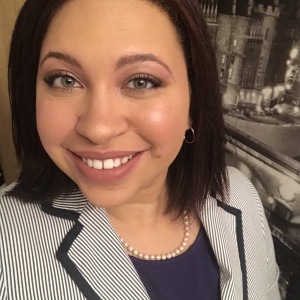 Brianna’s path to science was not a traditional one. She attended a diverse art school for middle and high school, which focused more on dance, theater, and music than on math or science. While the arts interested her, the more she learned about science, the more she saw the creativity in science: “The way the scientists seemed to come together and attempt to describe the world around them was not unlike the way artists attempted the same feat, albeit with different methods and paradigms.” After high school, she went to Florida State University (FSU) and started out on the pre-med track with a plan to specialize in psychiatry. Little did she know that a lab tour would completely change her career trajectory. In a lab tour organized by the Women in Math Science and Engineering program, she met Dr. Hank W. Bass and “was immediately fascinated by his work in maize genetics.” She joined his lab and developed research expertise in plant molecular biology while investigating a gene regulation element (G-quadruplex). “I was hooked! Upon graduation, I scrapped the idea of medical school and applied to graduate programs in plant biology across the country,” described Brianna. She joined Dr. Justin Walley’s lab at Iowa State University and has been studying how a major post-translational modification (acetylation) affects biological activity of proteins and the subsequent impacts on plant-pathogen interactions.

In 2019, Brianna received the Recognition Travel Award and attended the Plant Biology meeting in San Jose, CA: “I enjoyed many aspects of Plant Biology. The science, of course, is paramount. Getting to hear so much new, cutting edge research in one place is fantastic and gives you the potential to explore new research avenues. In addition, networking and meeting new people is always fun, and can be incredibly beneficial to your future career. Don’t be afraid to just walk up to someone, introduce yourself and strike up a conversation. In my experience, most people are friendly and interested in networking as well.” Brianna encourages future meeting attendees to “know you aren’t going to be able to do everything. Make a schedule that you can refer to that has specific sessions you want to attend and feel free to take breaks, so you are not overwhelmed by everything.”