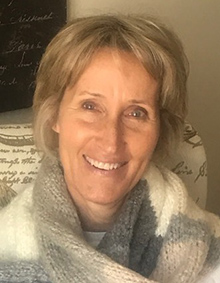 As we enter 2017, plant biologists face uncertainty with the arrival of President Trump. The new administration has provided few hints about a position on science, and what comments have been made appear worrisome. A Trump administration is not what most of us were expecting based on polling data and, in fact, was not what biologists had hoped for. A 2013–2014 survey found that only 5% to 6% of self-described professional biologists considered themselves “conservative” or “far right” in political views (Reardon, 2016).

One key concern, of course, is the future budget for science. Trump focused most of his public statements on issues such as national security, deteriorating infrastructure, and immigration. Whether pursuit of the administration’s goals in these areas will shrink the science budget remains to be seen. A second, even more pressing concern is a seeming lack of respect by the new government for science, its process, and its importance to America’s health, safety, food security, and technological advantage. Now more than ever, it will be crucial that we justify the value of science not simply for science’s sake, but as the engine that fuels U.S. competitiveness.

Comments by the Trump campaign regarding climate change, safety of vaccinations, and environmental protection raise the question of whether sound science will hold sway in this new political climate. As Zhang (2016) wrote in a recent Atlantic article, “The trappings of science can be decoupled from the actual rigor of science. In a post-fact, post-expert world, science still holds currency. It just has to be your facts and your experts.” AAAS CEO Rush Holt (2016) noted in his recent commentary in Science that this lax attitude toward scientific data is not limited to this most recent election rhetoric: “Over recent decades, a disturbing trend in the U.S. government has been for ideological assertions to crowd out evidence.”

So on November 30, more than 2,300 U.S. scientists, including 22 Nobel laureates, issued an open letter to President-elect Trump and Congress urging them to respect science (“Science and the Public Interest,” 2016). The letter asked for action in four areas: providing “a strong and open culture of science,” ensuring that public safeguards like the Clean Air Act remain well grounded in science, maintaining high standards of scientific integrity and independence, and providing sufficient resources to enable federal scientists to carry out their crucial jobs.

Still, in the midst of what may seem a fairly bleak forecast, there remains some opportunity for plant biologists to consider potential alignments with the new administration. Trump has repeatedly emphasized his commitment to reductions in government regulations. This position may perhaps apply to restrictions on genetic technologies for crop improvement as well. Until now, regulatory hurdles to the introduction of novel genetic traits derived by particular GM methodologies have been sufficiently prohibitive to limit innovations reaching the marketplace to solely those adopted by large agribusiness interests (Porterfield, 2016). Thus, to date, the vast majority of genetically engineered products have involved input traits to reduce farmer costs but with little recognized value to the consumer. A tempering of this regulatory environment may serve to broaden agricultural biotechnology opportunity to a greater number of academic scientists, creating an innovation space that is more consumer responsive and diversified.

ASPB is working to learn the science priorities of the incoming administration and will provide members with as much insight as possible. It is also the goal of ASPB, as always, to find every opportunity to educate members of the new administration about the importance of plant science research to the U.S. economy and national food security. These are uncertain times, folks, so our ability to work with all societies representing plant-related interests to speak with one strong and resonant voice will be essential.

Science and the public interest: An open letter to President-Elect Trump and the 115th Congress. (2016, November 30). https://s3.amazonaws.com/ucs-documents/science-and-democracy/ucs-scientist-letter-to-trump-11-30-2016.pdf