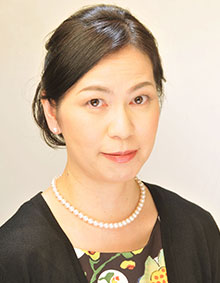 Keiko Torii, professor of biology at the University of Washington (UW), chief editor of The Arabidopsis Book, and a member of the editorial board of Plant Physiology, was recently awarded the 35th annual Saruhashi Prize, given each year to a female researcher in Japan who works in the natural sciences. The prize recognizes both exceptional research accomplishments and mentoring of other women scientists.

“I am especially pleased that the selection committee recognized and highly valued my demonstrated mentoring of women postdocs balancing career and family,” Keiko said. She has helped several researchers in her lab balance starting a family with publishing in major journals and moving to tenure-track faculty positions.

The prize was established in 1981 by Katsuko Saruhashi (1920–2007), a Japanese geochemist who made the first precise measurements of carbon dioxide and radioactive materials in ocean water, which was one of the scientific reasons for restricting nuclear bomb experiments in the Pacific Ocean.

Keiko, a Howard Hughes Medical Institute investigator who holds an endowed distinguished professorship at UW, studies the development of plant cell structure. She earned her undergraduate and doctoral degrees from the University of Tsukuba in Japan before joining the UW biology faculty in 1996. She currently holds affiliate positions with UW Medicine’s Institute of Stem Cell and Regenerative Medicine and Nagoya University in Japan. She is a fellow of AAAS and a member of the Washington State Academy of Sciences. Keiko is a 2015 Fellow of ASPB. She was awarded the 2015 Inoue Prize for Science.

The Saruhashi Prize recognizes Keiko’s work on the “mechanism of cell–cell communication and stomatal development in plants.”

This article is adapted from one published by Hannah Hickey in UWTODAY.