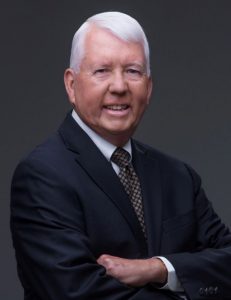 My first academic position in 1970 was assistant professor of plant physiology in the Botany Department of the University of Illinois in Urbana (U of I). My department head was Jack Hanson, one of the founders of ASPP. He laid out simple ground rules for new faculty—teach well, get a grant quickly, publish three papers a year, and you will succeed. I realized later that this was an aggressive expectation, but I took it seriously at the time. I was promoted to associate professor in 1974 and professor in 1978, so Jack seemed to be accurate. During this time, I took two minisabbaticals at the Laboratoire de Photosynthèse du CNRS in France. It was an incredible opportunity to work with specialists in time-resolved spectroscopy of photosynthetic systems. I came home with enough knowledge to add florescence spectroscopy to my “lab toolbox,” and this let me bridge disciplines between membrane biochemistry and biophysics. In 1976, USDA released new salary lines in the U of I Agronomy Department, one of which I accepted. Affiliation with agronomists with field experience led to new collaborations, which had a great impact on my career.

In 1980, I left the U of I to become director of the Michigan State University–Department of Energy Plant Research Laboratory (PRL). Anton Lang, the first PRL director, had built it into one of the most prestigious plant physiology centers in the country, with superb programs in the mechanisms of hormonal control of plant growth. My charge was to complement this by adding molecular biology to the institute. I led recruitment for three new faculty members, one of whom was Chris Somerville, who played a major role in bringing genetics to the PRL.

I really loved the PRL and MSU but could not refuse a 1984 offer from the DuPont Company to move to Delaware. This was at the time when the big agrochemical companies (especially Monsanto and DuPont) were moving into biotechnology. I became director of a new section of the Central Research Department, and in my first two years in Wilmington, I recruited 54 new scientists to expand a nascent plant and microbial molecular genetics program. Little did we know that within 20 years, genetics was going to generate more profit for DuPont than chemicals, largely due to their acquisition of Pioneer Hybrid Seed Company as an outlet for biotechnology discoveries.

The mid-1980s were a heady time for plant science as transgenic biology became a disruptive/transformative force in both academia and companies. Hiring decisions related to recruitment of “gene jockeys” instead of traditional physiologists and crop breeders caused friction in the departments of many universities, especially the land grant schools.

Texas A&M University had a diverse and extensive agricultural program at this time, and University Chancellor Perry Adkisson offered to make me his deputy chancellor for agriculture, with a charge of putting more emphasis on biotechnology. I accepted and was also dean of the College of Agriculture. I was tasked with developing a new research institute in the Texas Medical Center in Houston to link medical research to our campus-based programs. I think many people breathed a sigh of relief when I quit my administrative roles in 1992, moved to Houston, and opened a laboratory in the just-opened Institute of Biosciences and Technology.

I then set out on a totally new direction for my career—using green plants as a manufacturing system for protein-based pharmaceuticals, in particular vaccines. For the next 25 years, until my retirement in 2017, this was my entire focus for my personal research interests. This research spanned the time when I transitioned into two other positions, first as president of the Boyce Thompson Institute (affiliated with Cornell University) in 1995, and later as an endowed professor at Arizona State University (ASU). Following my arrival at ASU in 2000, an increase in state sales tax resulted in an infusion of new research funding for the university. I was appointed founding director of what was to become the Biodesign Institute—ASU’s flagship research program. I continued with this institute until my retirement.

In my early career, I studied chloroplast structure and the factors that regulate the quantum efficiency of photosynthesis in higher plants. My doctoral thesis provided evidence that photosystems I and II exist in discrete polyprotein complexes. In my first faculty position, our team was the first to show that proteins are phosphorylated in plants, and we discovered that kinase activation in chloroplasts is controlled by membrane redox potential. Our hypothesis that this phosphorylation regulated spatial positioning of photosystem reaction centers and light harvesting pigment-protein complexes to modulate solar energy capture has been accepted and refined over the past 35+ years.

I also formed a collaboration with U of I agronomists who had discovered herbicide-resistant weeds in local fields. Knowing that these herbicides acted by blocking photosynthetic electron transport, we showed that triazine herbicides bind to a specific protein in the photosystem II complex; this was the first molecular target known for a commercial herbicide. We learned that a mutation of a single amino acid in this binding pocket blocked herbicide binding and action. This discovery was at the time when genetic transformation was just being developed for plants, and our team was influential in pioneering the concept of engineering a crop for herbicide resistance. While at DuPont, we developed methods for the first genetic modifications in photosynthetic membranes using the cyanobacterium Synechocystis 6803; my collaborators used this to define the role of multiple components of reaction centers and electron transport carriers. The genetic system continues to be used in many labs in understanding bioenergetics and metabolism of unicellular photosynthetic organisms.

In the second half of my research career, I made a decision to use my skill set for global public health. We made the first demonstration that transgenic plants could biomanufacture subunit vaccines. Our first success, in 1992, was the expression of the surface protein of the Hepatitis B virus (HBV) in plants as virus-like particles and demonstration that the VLPs were equivalent to the commercially available, yeast-derived HBV vaccine. Subsequently, we expressed other antigens and conducted three different human clinical trials to show that unpurified antigen in transgenic plant tissue caused oral immunization by simple eating of the tissues. Our goal was to find a means for vaccine production suitable for the developing world, using low-capital-cost technology that would yield easy-to-use oral vaccines. However, we faced issues such as variability in the accumulation of the candidate vaccines in plant tissue.

To solve this, we moved from using transgenic plants to transient gene expression (mediated by vectors derived from plant viruses), research that was pioneered by our collaborator Yuri Gleba of ICON Genetics. We now had a means to achieve reliable, high expression of vaccine antigens as well as other candidate plant-made pharmaceuticals (PMPs). The highlight of all of this was the production of anti-Ebola virus monoclonal antibodies in tobacco. Work with industry collaborators (Mapp Biopharmaceutical and Kentucky Bioprocessing) took our ASU studies into production of a cocktail of three monoclonals that was called ZMapp. These were first used in 2014 during an Ebola outbreak in West Africa, and press coverage exploded with the news that two American missionaries recovered from death’s bed after receiving ZMapp. I find it incredibly satisfying that we can trace a direct line from basic research on our lab bench to a life-saving use of our PMP and that anti-Ebola monoclonals are now the leading therapeutic for treatment of Ebola infections.

I am not sure when I first joined ASPP, but it probably was while I was in graduate school at Purdue, since we had an active plant physiology community there. I have continued my membership in ASPP/ASPB without interruption since then.

How did the Society impact your career, and what was your motivation for becoming a Founding Member of the Legacy Society?

The annual ASPP meeting became a go-to event every year after I began my faculty career. It was a way for me and my students to stay abreast of new developments and meet researchers with complementary interests. I was president of the Midwest ASPP chapter in 1978–79 and of the national ASPP in 1985–86, which gave me the opportunity to see the impact of our organization on educational programs and on public policy, especially at the federal level. The importance of this stayed with me and provided the impetus to become a Founding Member of the Legacy Society.

Biological sciences have rapidly become integrated with other disciplines, with a growing number of programs with names such as Sustainability Institutes or Biological Systems Engineering. I encourage young faculty to establish collaborations with scientists who use different skills but share interests in the fundamental questions they want to solve. Collaboration will lead to faster career advancement and achievements in science and in societal benefits.

ASPB members share a common goal of promoting the growth, development, and outreach of plant biology as a pure and applied science. This series features some of the dedicated and innovative members of ASPB who believe that membership in our Society is crucial to the future of plant biology. If you are interested in contributing to this feature, please contact ASPB Membership at info@aspb.org.