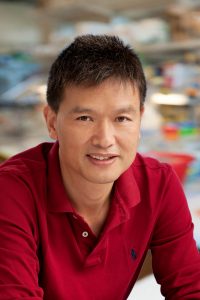 ASPB is pleased to announce the appointment of Yunde Zhao as editor-in-chief (EIC) of Plant Physiology® beginning January 1, 2022. First published by ASPB in 1926, Plant Physiology® is a premier international journal devoted to all aspects of plant biology research, from structural and molecular discoveries to systems science and ecophysiology.

Yunde’s appointment follows a year-long process that began last spring with a call for nominations from the ASPB membership. A search committee, comprising members of ASPB’s publications committee and (now) past President Judy Callis, assessed nominations, reached out to prospective EIC’s, requested vision statements from a short list of candidates, and interviewed a number of finalists before presenting their recommendations to the ASPB Board of Directors, which moved to recruit Yunde to the EIC position.

Yunde is a professor of biological sciences in the Section of Cell and Developmental Biology at the University of California San Diego; he is also Director of Plant Biology at the Food & Fuel for the 21st Century initiative at that institution. Yunde’s research focuses on the plant hormone auxin; in particular, its biosynthesis and its roles in axillary meristem development and organogenesis. Yunde’s lab is also developing tools that spatially and temporally control auxin production; and he and his team are working to develop gene-editing technologies that enable efficient isolation of target gene-edited and transgene-free plants.

Among his many awards and honors, Yunde was a Clarivate Highly Cited Researcher in both 2019 and 2020, a distinction that recognizes the top 1% of the most cited researchers in a subject area. Yunde was a Life Sciences Research Foundation/Howard Hughes Medical Institute postdoctoral fellow; and he is a recipient of the Japan Society for the Promotion of Science visiting professorship.

Yunde, who has served on the Plant Physiology® editorial board since 2015, says, “I am honored and grateful to have the opportunity to lead Plant Physiology®, a premier journal with a rich history and an exceptional reputation for publishing high-quality and high-impact research. The strength of the editorial board and staff and the scope and depth of topics covered distinguish Plant Physiology® as one of the best journals I have had the privilege of working with. The journal provides an important international platform for scientists to disseminate their discoveries. As EIC, I look forward to building on Plant Physiology’s history of excellence and serving the plant biology community. During my tenure, I also look forward to celebrating the 100th anniversary of both Plant Physiology® and ASPB, the society that publishes it.”

Maureen McCann, ASPB president is enthusiastic about Yunde’s appointment, commenting that, “I’m delighted that Yunde has accepted the EIC position! Every EIC puts their own characteristic stamp on the journal, and I’m looking forward to seeing how Yunde drives forward his vision for Plant Physiology’s second century.”

Crispin Taylor, ASPB’s CEO, adds “I am very much looking forward to working with Yunde in his capacity as EIC of Plant Physiology®. I was greatly impressed by his vision for the journal, his recognition of its value as a Society-owned publication, and his intent to further expand the geographical and topical reach of Plant Physiology®.“

Yunde will work closely with current EIC Mike Blatt over the remainder of 2021 to ensure a smooth transition for the journal, its editorial board, its staff, and most importantly its authors and readers. Mike, who is the Regius Professor of Botany and Head of Plant Sciences within the Institute of Molecular, Cell, and Systems Biology at the University of Glasgow, has served as EIC since 2013.